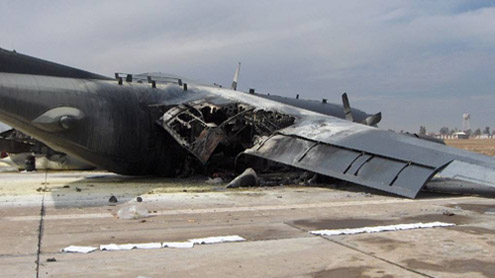 An Indian military jet has crashed in the country’s central state of Madhya Pradesh killing all five crew members on board. 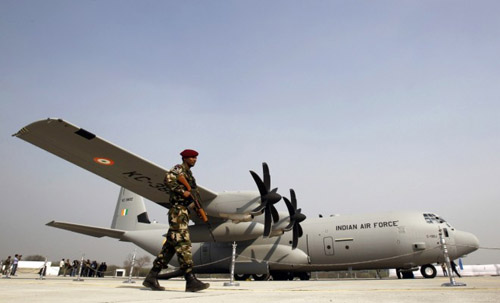 The recently-inducted C-130J transport aircraft belonging to the Indian Air Force (IAF) was on a routine training mission when it crashed 115kms from the Gwalior base, where it was originally scheduled to land. The IAF said: “One C-130J aircraft crashed 72 miles (115 km) west of Gwalior air base. The aircraft was airborne from Agra at 1000 hours for a routine flying training mission. A Court of Inquiry has been ordered to investigate the cause of the accident.” 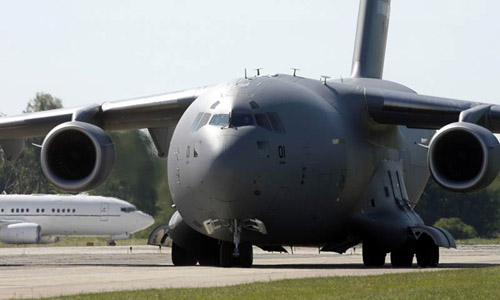 Local and federal officials have rushed to the spot where rescue operations are under way. The US-made Super Hercules jet, India’s biggest, was acquired in 2010. At least six C-130J aircraft have been operational since 2011. New Delhi signed a $1.2bn deal with Washington in 2008 for purchasing half a dozen aircraft and the IAF has plans to procure six more jets.

Given the proven safety record and versatility of the four-engine aircraft, the crash has raised serious questions, posing a major setback to the IAF. Powered by four Rolls Royce engines, the jet has a range of 3,332km and a top speed of 671kmph. It can carry up to 92 combat troops at an altitude of 28,000ft.  -Ibtimes