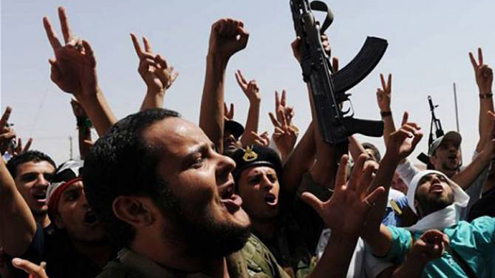 TRIPOLI – Gunmen assassinated Libya’s deputy industry minister as he drove home from shopping in the coastal city of Sirte late on Saturday in an attack security officials blamed on the militants.

The minister, Hassan al-Drowi, was shot several times, a senior security official said, asking not to be identified. “They opened fire from another car while he was driving, he was shot multiple times,” the official said. “Later, they found explosives attached to his car. The theory is, the bomb failed, so they shot him instead.”

The official blamed militants who have been trying to extend their influence in Sirte, which has been more stable recently than the coastal capital of Tripoli, about 460 km (290 miles) to the west, or the eastern city of Benghazi. Sirte was the last bastion of Gaddafi loyalists in the war, and the strongman ruler was killed there on Oct. 20, 2011.

Prime Minister Ali Zeidan’s central government, weakened by political infighting and with only nascent armed forces, is struggling to wrest control back from areas where militias are still dominant. For six months, armed protesters have controlled key oil terminal ports in the east of the country to demand more political autonomy and a greater share of the OPEC country’s petroleum wealth.

In Benghazi, the armed forces have been fighting to control the influence of Ansar al-Sharia, a hardline group Washington last week designated a terrorist organisation. -nation