Chief Whip under fire as shambles in Commons is exposed 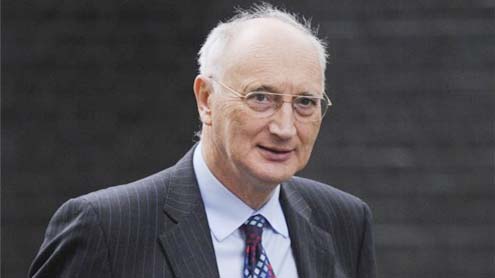 Chief Whip under fire as shambles in Commons is exposed

Ten members of the Government missed the crunch Commons vote on Syria – including two who were chatting nearby.

William Hague was also facing criticism for allowing Nick Clegg to make the closing speech in Thursday night’s debate.One Tory MP said: ‘Clegg was hopeless and ended up getting people’s backs up rather than winning them over. If William had done the winding up speech I think some people would have been won round.’ In the aftermath of the vote, one MP said: ‘It was just shambolic. People are saying they’ve hardly been spoken to, there are a lot of people who are not here. What have the whips been doing?’ Tory MP Peter Bone, a habitual rebel, raised eyebrows in the Commons by revealing he had been given no instructions about how to vote on Syria.

‘I have been under no pressure from my Whip to vote one way or the other,’ he said, although he eventually voted with the Government. One MP said the first he knew that Parliament was being recalled was when easyJet sent him a text message offering him a flight home. ‘Perhaps the Whips’ Office should just be franchised out to easyJet,’ he said.Another MP said that although an aide to the PM had called him, presumably about Syria, he had left no message and never called back.

Also among those who missed the vote were Lib Dem whips Jenny Willott and Mark Hunter as well as Lib Dem parliamentary private secretaries Lorely Burt and Tessa Munt. They were among 31 Tory and 14 Lib Dem MPs who missed the vote, despite a three-line whip being imposed.Normally in tight votes MPs are ordered back regardless of the difficulty. In past votes, even gravely ill MPs have been wheeled into the Commons on trolleys.In contrast, Mr Gauke, Mr Duncan and Mr Webb are all understood to have been given permission to  continue their holidays. Mr Clark was also excused duty, as were the four other Lib Dems.

A Number 10 source last night defended the absences, adding: ‘There were a number of MPs who did not attend the Commons vote either for personal reasons or because the logistics were impossible. These arrangements were agreed with the Whips’ Office.’ Another source pointed out that the missing ministers would not have overturned Labour’s majority of 13 on the key vote, but added: ‘Could more have been done? Yes it could.’Thursday night’s defeat, which is without precedent in modern times, piles pressure on the PM to replace Sir George, who was brought back from retirement last year following the resignation of Andrew Mitchell.

Former defence secretary Liam Fox and immigration minister Mark Harper have both been tipped to replace him.The Lib Dem whipping operation was hampered by the fact their chief whip only arrived back from Cameroon on Wednesday. Many Lib Dems simply ignored the three-line whip, including president Tim  Farron who left Parliament shortly before the key vote took place. – DailyMail

Downbeat music makes people calmer when behind the wheel

Downbeat music makes people calmer when behind the wheel