Khamenei: Outsiders to blame for ME woes 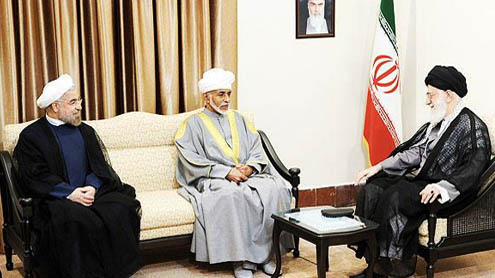 DUBAI: Iranian Supreme Leader Ayatollah Ali Khamenei blamed countries outside the Middle East on Monday for the region’s turmoil and the Shiite cleric said regional states backing radicals would be damaged by conflict.

Khamenei, the most powerful man in Iran, made the comments in a meeting with Oman’s Sultan Qaboos who was in Tehran on a visit Iranian media said may be an effort to mediate between the United States and the Islamic Republic.If so, Khamenei’s comments appeared to be a rebuff of those efforts.

“The main reason behind the status quo in the region is interference from outside the region,” the state news agency Fars quoted Khamenei as saying in a meeting with Qaboos.”Unfortunately, a Takfiri group has been formed with the support of certain regional states which is in conflict with all Muslim groups, but supporters of this stream should know that this fire will burn them too,” Khamenei said. – ArabNews

Mexico’s ‘Queen of the Pacific’ deported from U.S.