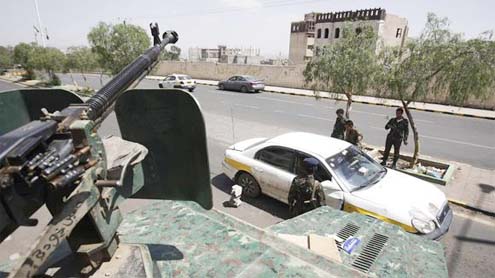 The Independent newspaper said it was not disclosing the country where the base is located, but said the facility can intercept emails, telephone calls and web traffic for the United States and other intelligence agencies.The British base taps into underwater fibre-optic cables in the region, the newspaper said.It passes the information back to the British electronic eavesdropping agency GCHQ (Government Communications Headquarters), in Cheltenham, southwest England, which then shares it with the US National Security Agency.

Britain’s Foreign Office said when contacted by AFP about the report that “we do not comment on intelligence matters”.The Independent did not say how it obtained the details from the Snowden files.Snowden, a former NSA contractor, first released details of US and British surveillance activities through the Guardian newspaper earlier this year. Russia has granted him temporary asylum as he bids to avoid prosecution in the United States.British counter-terror police on Thursday launched a criminal investigation into documents seized from the boyfriend of Guardian journalist Glenn Greenwald, the reporter who broke the Snowden story.

The Guardian said this week that GCHQ experts had on July 20 supervised the destruction of the hard drives and memory chips on which its Snowden material had been saved.The government has confirmed that Prime Minister David Cameron’s most senior policy advisor, Cabinet Secretary Jeremy Heywood, was sent to tell the Guardian they had to either destroy or return the material, or face legal action. – ArabNews