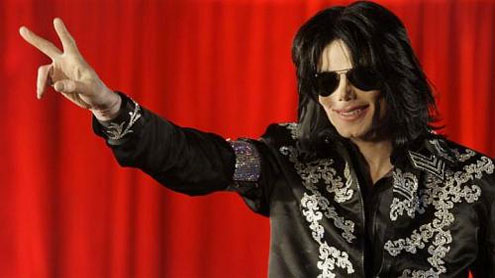 WASHINGTON: The estate of pop music legend Michael Jackson is fighting the Internal Revenue Service over taxes and penalties levied on a wide range of the star’s assets, including the Neverland Ranch, his “image and likeness” and some recording properties, according to court documents.

The estate’s challenge, filed in U.S. Tax Court, does not disclose any dollar amounts, suggesting the differences in estate taxes paid and allegedly owed could be significant, said tax lawyers who reviewed the court filings on Tuesday.The dispute centers on the value of estate assets at the time of Jackson’s death on June 25, 2009. Some assets, such as the star’s image and likeness, are extremely difficult to value for tax purposes.

Under tax law, the penalties associated with the IRS’s allegations could be as high as 40 percent of the difference between the taxes paid and those allegedly owed for some of the items.Though dollar amounts in the documents are redacted, the IRS’s deficiency notice said the tax agency levied penalties on the value of Sycamore Valley Ranch Company LLC, which includes the Neverland Ranch, according to the court filings.

The IRS issued to the estate a tax deficiency notice in May and the estate filed its challenge in Tax Court on July 26. The IRS has 60 days to respond to the Tax Court challenge.Negotiators for the IRS and the estate have held meetings for more than a year to try to resolve the valuation differences, said Charles Rettig, one of the lawyers representing the Jackson estate. He declined to say how much in taxes and penalties are in dispute.

“The government believes estates of celebrities likely have a significant audit potential,” Rettig said on Tuesday. “The estate believes the estate tax return properly reflected the interests of Mr. Jackson as of the date of his death.”An IRS spokesman declined to comment.Under Tax Court rules, the Jackson estate will not need to pay any taxes or penalties unless the court rules for the IRS.Jackson died at age 50 from an overdose of the surgical anesthetic propofol while rehearsing for a series of comeback concerts in London.”The Michael Jackson estate was on a clear collision course with the Tax Court,” said Bridget Crawford, a tax professor at Pace Law School, who reviewed the Tax Court filings. – YahooNews