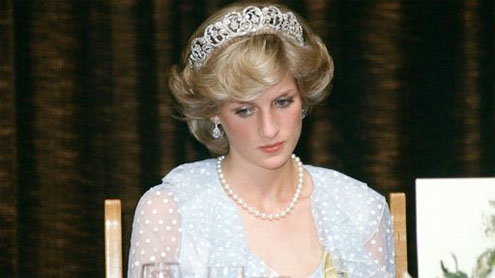 British police are looking into new information that has surfaced in connection with the 1997 deaths of Princess Diana and her companion Dodi Al Fayed, Scotland Yard said today.

“The Metropolitan Police Service is scoping information that has recently been received in relation to the deaths and assessing its relevance and credibility,” Scotland Yard officials said today in a statement. “The assessment will be carried out by officers from the specialist crime and operations command.”This is not a re-investigation and does not come under Operation Paget,” the statement said.

Operation Paget looked into conspiracy theories surrounding Diana’s and Al Fayed’s death in 1997.The car carrying the couple was traveling more than 85 miles per hour when it hit a concrete pillar head-on in the Place D’Alma underpass, in Paris, on Aug. 31, 1997.Both were killed, along with the driver, Henri Paul who was later proven to have been under the influence of alcohol at the time.

6 Things We Miss About Princess Diana

The main probe into Diana’s death was conducted in 2007-08, and ended up with a verdict of “unlawful killing” and “grossly negligent driving” by Paul and also cited the pursuit of the limo the couple was riding in by photographers contributed to the princess of Wales and Al Fayed’s deaths.

Scotland Yard said it was not releasing any more information at the moment. – YhaooNews