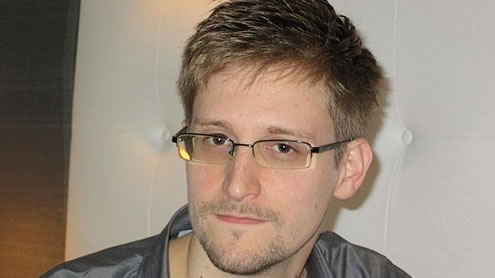 The US will go ahead with high-level talks with Russia on Friday despite Moscow’s decision to grant asylum to ex-US intelligence analyst Edward Snowden, US officials say.

Some members of Mr Snowden’s family are applying for visas to visit him in Russia, his lawyer says. Mr Snowden was granted asylum by Russia despite repeated requests from the US that he be returned to America. He leaked details about a secret data-gathering programme.

The US state department said Secretary of State John Kerry and US Defence Secretary Chuck Hagel would hold talks on pressing bilateral and global issues with their Russian counterparts in Washington, including Syria and Iran’s nuclear programme. The two sides were also to discuss Mr Snowden, it added. President Barack Obama has meanwhile said he is “disappointed” that Russia granted asylum to Mr Snowden.

Speaking during an interview for Tuesday’s broadcast of The Tonight Show on NBC, Mr Obama accused Moscow of occasionally adopting a “Cold War mentality”. Mr Obama said: “What I say to President [Vladimir] Putin is, that’s the past and… we’ve got to think about the future. And there’s no reason why we shouldn’t be able to cooperate more effectively than we do.”

Mr Snowden’s whereabouts in Russia are not publicly known after he slipped away from Moscow’s international airport last week, says the BBC’s Jane O’Brien in Washington. But his lawyer says he has now registered an address within Russian territory and his father, Lon, is waiting for a visa to visit him.

He said Mr Snowden wanted his father’s advice on what to do with his new life. “We do not have a set date yet, but we have been working closely with Anatoly Kucherena, Ed Snowden’s attorney, on setting a definitive date which will be some time in August,” Mattie Fein, a representative for Lon Snowden, told the Reuters news agency.

Russia’s decision to grant temporary asylum to the former intelligence analyst has strained relations between Moscow and the US. Mr Snowden leaked details of the National Security Agency’s electronic surveillance programme which gathers data about emails and phone calls made by American citizens. – BBC