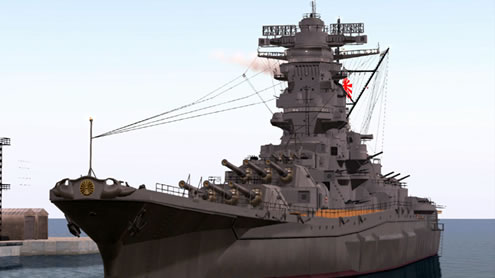 Japan has unveiled its largest warship since World War II, to be used in anti-submarine warfare and border-area surveillance missions.

The vessel has a flight deck nearly 250m (820ft) long and can reportedly carry more than nine helicopters. Its unveiling comes amid tensions with China over islands which both countries insist are theirs. The Philippines is also bolstering its marine defences by buying a second decommissioned US Coast Guard ship. President Benigno Aquino on Tuesday welcomed the arrival of the vessel in Subic Bay.

He said it would intensify patrols of the Philippines’ exclusive economic zone in the South China Sea, where disputed waters have also raised tensions.

Correspondents say that the launch of the huge Japanese flat-top destroyer, Izumo, has raised eyebrows in China because it bears a strong resemblance to a conventional aircraft carrier. Officials say it will be used for national defence and will enhance the Japan’s ability to transport personnel and supplies in response to large-scale natural disasters, such as the devastating earthquake and tsunami in 2011.

Although work on Izumo has been ongoing since 2009, its unveiling comes as Japan and China are locked in a dispute over several small islands located between southern Japan and Taiwan. Vessels from both countries have been conducting patrols around the islands, called the Senkaku in Japan and the Diaoyutai in China.

Tension over the issue, along with China’s heavy spending on defence and military modernisation, have heightened calls in Japan for its naval and air forces to be strengthened. China recently began operating a refurbished Russian aircraft carrier – and is also reportedly moving forward with the construction of another that is domestically built.

Technically the Izumo is a destroyer, but some experts believe the new Japanese ship could potentially be used to launch fighter jets or other aircraft that have the ability to take off vertically. That would be a departure for Japan, correspondents say, even though it has one of the best-equipped and best-trained naval forces in the Pacific.

Since the end of WWII it has not sought to build aircraft carriers of its own because of constitutional restrictions that limit its military forces to a defensive role.- BBC