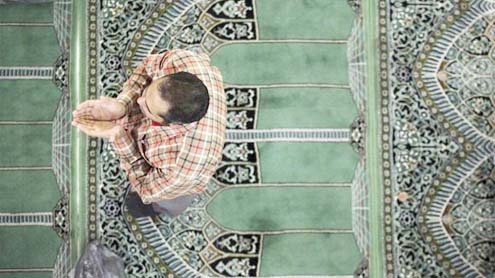 TEHRAN: A decree by a senior Iranian cleric that Muslims can quench “extreme thirst” during the Ramadan fasting month has stirred debate in the Islamic republic’s clergy, media reports said Thursday.

“Those who cannot bear extreme thirst can drink just enough water to quench it. This would not break their fast,” said the fatwa by Grand Ayatollah Assadollah Bayat Zanjani, who is seen as close to reformers.But his fatwa quickly came under fire from Grand Ayatollah Nasser Makarem Shirazi.He ruled out “fasting and drinking at the same time,” and reiterated that any break in the fast must be compensated for by fasting on some other day in the year.

Media reports also referred to decrees by supreme leader Ali Khamenei and Grand Ayatollah Ali Sistani according to whom “a state of weakness or thirst does not merit a break in the fast.”But Zanjani, who is based in the holy city of Qom, said Islam allows some breaks in fasting.He said this would depend on “certain climatic and geographical conditions,” given that in countries such as Iran Ramadan fasting can last up to 16 hours in summer.

Those who “fall sick when fasting or if the fasting deteriorates an existing illness,” or “workers who work hard for a long day” can drink if it means their survival, Zanjani said on his website.People in such cases also do not have to compensate by fasting on some other day, he added.“Imam Sadegh (the sixth Shiite imam) himself said that people can drink if it is to save their lives,” Zanjani argued.During Ramadan, Muslims refrain from eating, drinking, smoking and having sex between sunrise and sunset.