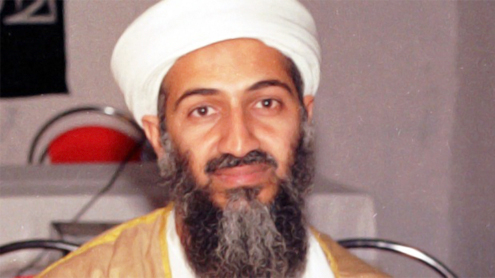 Islamabad, Pakistan: Osama bin Laden typically wore a cowboy hat while tending his garden.Its broad brim obscured his features from the view of pesky eyes or satellite cameras that might blow his cover while he was hiding out in Pakistan, according to a report first published widely in Pakistani media.

The 337-page leaked report details the domestic life of one of the world’s most wanted men in his final days of life.It also bashes Pakistani authorities for failing to keep the al Qaeda leader out of the country, and for failing to prevent the U.S. raid by Navy SEALs that killed him in May 2011.The report bears the names of a former top diplomat, a supreme court justice and former officers of the military and police.A senior government official who was closely associated with the commission that produced the report confirmed its authenticity to CNN. Citing a news piece by Al Jazeera, the first to report the story, the official said the documents being discussed in the news are part of a report that was submitted to the prime minister’s office.

Bin Laden’s death: How the story unfolded.Veggie growing contest.The famous terrorist’s life was speckled with quirky measures designed to keep him under the radar, the report said.Al Qaeda’s No. 1 spent lots of time doting on his some dozen children and grandchildren in the six years he spent in his walled compound in the city of Abbottabad, said terror expert Peter Bergen, commenting on the report.They could not pass time watching TV or surfing online, because bin Laden had no Internet connection and no satellite television hook-up. He also didn’t have a phone line, all measures to avoid detection.

For the same reason, the children were not allowed to play with other kids in the neighborhood. They spent the bulk of their lives within the compound’s walls.When bin Laden was not personally giving them religious instruction, he took them out into the yard.He would award them prizes if they grew particularly good vegetables in the garden.

Bin Laden fled to Pakistan a month after the September 11, 2001, terrorist attacks on the United States, moving from the south to the north and then hopping from town to town before landing in Abbottabad in 2005.While he was on the run, one of his wives gave birth four times and had to be taken to local hospitals, but it was obvious that she was not from the region. She spoke Arabic instead of Urdu, Pakistan’s official language.Bin Laden’s family feared this might raise suspicions. So, they told doctors she was deaf and mute.

While on the run in the restive tribal region of the Swat Valley, bin Laden shaved off his recognizable beard, according to the report. Men helping him told others not to ask any questions about the tall stranger, who spoke Arabic.While in Swat, police once pulled bin Laden’s driver over, but he quickly settled the matter before the officer had a chance to get a closer look at the clean-shaven man riding with him.

After arriving in Abbottabad, a woman living in the same building with bin Laden recognized him from his image shown on cable TV. Her husband, who was helping bin Laden, went into a panic, the report said.He told her to mind her own business and forbade her and all other women in the house from watching TV anymore.Opinion: Who really killed bin Laden?The assassination raid.The measures kept bin Laden from being recognized for years in a city also home to one of Pakistan’s largest military complexes.

The CIA eventually suspected he was there and recruited a Pakistani doctor to run a vaccination program in Abbottabad in an attempt to find bin Laden by locating his children through their DNA.Eventually the United States did find the al Qaeda leader and assassinated him during a special forces raid on his compound. He was later buried at sea, the U.S. military said.Although the SEALs were within Pakistan’s borders for three hours, its military did not detect them.”The radar systems were not looking for that kind of intrusion from the Afghan side of the border,” terror expert Peter Bergen said. He feels sure that will change now.

The report also dedicated 22 pages to fighting terrorism and keeping people like bin Laden from taking refuge in the country again.The report’s authors blast Pakistani authorities at every level of government, intelligence and the military for not stopping the U.S. mission, calling it “a story of complacency, ignorance, negligence, incompetence, irresponsibility, and possibly worse at various levels inside and outside the government.”Pakistan’s government considers the assassination operation a violation of its sovereignty, basically an act of war. – CNN