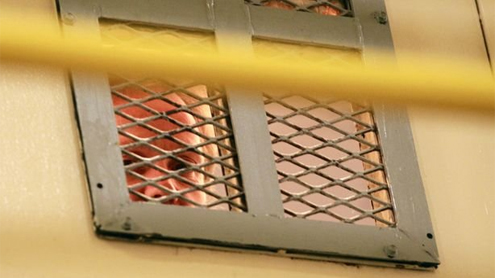 2,300 prisoners also refused to go to work or to their classes, they added.  While the California prison system has a less than stellar reputation on a handful of issues — many of which trace back to its astonishing overcrowding — the striking prisoners are focusing their message on improving conditions for those locked in solitary confinement. Last October, Mother Jones published a must-read on solitary in California, written by Shane Bauer, one of the three hikers kept in an Iranian solitary confinement cell for 26 months.

Spoiler: Bauer thought California’s conditions were worse.  The unofficial tally of this week’s protest is already larger than the last hunger strike in the California corrections system. In 2011, over 11,600 inmates refused meals some meals, according to the LA Times. The department officially counted about 6,000 prisoners maximum who refused 9 consecutive meals. That 2011 protest make very similar demands to the current one. The length of time some California prisoners spend in solitary is also the subject of a current lawsuit. – YahooNews