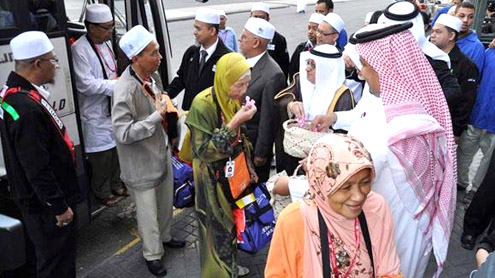 Mohammad Al-Bijawi, director of Madinah branch of the ministry, said they are monitoring arrival of the pilgrims at Madinah airport and Yanbu Port round the clock.He said that the branch is also monitoring the accommodation of pilgrims and helping solve their problems. “All complaints are addressed on the spot to ensure their comfort.”More than 10,700 lost pilgrims were directed and guided by the ministry’s branch since the beginning of Umrah season.

“They were taken to their original service providers, while follow-up and monitoring committees are supervising the process to detect any shortages or flaws by companies providing Umrah services, which number 48,” Al-Bijawi said.Such monitoring contributed to the improvement of services provided by these companies, he said, adding: “The number of violations since the beginning of the season decreased by 30 percent (529 violations) compared to the same period of last year.