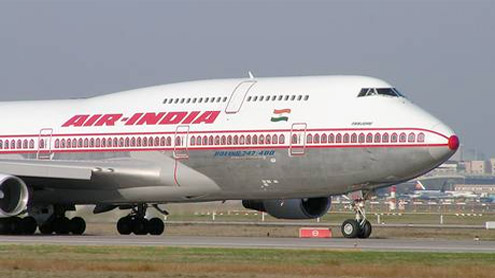 Two Air India pilots have been suspended after reporting to leave a plane on autopilot in the hands of cabin crew while they slept in business class.

The pilots left the cockpit for 40 minutes while they had a nap, leaving two flight attendants in charge of flying the plane who accidentally turned off the autopilot, The Times of India reports.The two pilots are reported to have rushed back from their seats to steer the plane back to safety once they realised the auto-pilot had been turned off.An Air India source said the crew members’ actions “made a mockery of air safety”.

“It is standard procedure to ensure the presence of a second person in the cockpit if the pilot is not able to operate the aircraft. But what actually happened after this made a mockery of air safety,” the source told The Times of India.The four crew members on the Bangkok to Delhi flight have been suspended, and Air India has admitted in a statement today that there was “over stay of the cabin crew in the cockpit”.

However, it claims it was the co-pilot not the cabin crew who switched off the auto-pilot, saying “due to distraction, the co-pilot touched the auto pilot disconnect button momentarily. But the same was connected back.”An inquiry about the incident is now being conducted by India’s Directorate General of Civil Aviation (DGVA). Arun Mishra, director general of DGVA, said: “Following a safety violation, the airline has already suspended the people in question. We are conducting an inquiry into the matter.” – TheIndependent