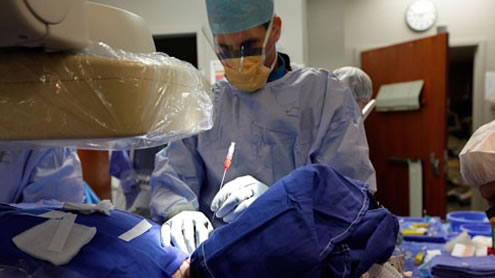 Cancer is threatening to overwhelm Latin American countries, experts writing in Lancet Oncology warn. There are far fewer cases of cancer in the region than in the US or Europe – but the proportion who die is far higher, they say.

Writing in a Lancet Oncology report that is being officially launched at a specialist conference in Sao Paulo, Brazil, they say as the economies of these countries grow, and standards of living increase, people are increasingly adopting the habits of more developed countries. They are living more sedentary lifestyles, eating more unhealthily, smoking more and drinking more alcohol.

Researchers estimate that in 2030, there will be 1.7 million cases of cancer diagnosed across Latin America and the Caribbean, and there will be more than 1 million deaths. Paul Goss, professor of medicine at Harvard Medical School in Boston, who led the research team, said: “More widespread adoption of lifestyles similar to those in developed countries will lead to a rapidly growing number of patients with cancer, a cost burden for which Latin American countries are not prepared.

“This burgeoning cancer problem threatens to cause widespread suffering and economic peril to the countries of Latin America.

“The region is poorly equipped to deal with the alarming rise in cancer incidence and disproportionately high mortality rates compared with other world regions, underscoring the magnitude of the cancer-control problem.” – BBC