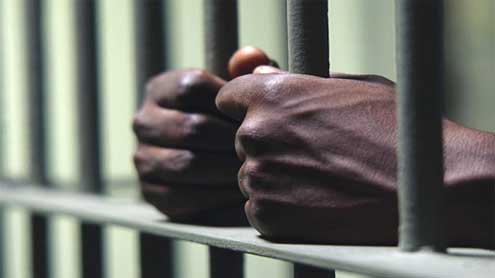 Hundreds of foreign criminals will be able to avoid a jail sentence if they agree to leave Britain for as few as five years.

Instead of a criminal punishment, including up to two years in jail, foreign offenders will be given a caution and a plane ticket home.It will mean hundreds dodging jail every year for serious crimes such as burglary, drug dealing, robbery and violent attacks.The aim of the conditional cautions, as they are known, is to save £10million a year in criminal justice and immigration costs, and increase the pitifully low number of foreign offenders successfully deported.

But victims’ groups and campaigners said it was wrong to allow offenders to dodge jail and ‘get a free flight home’.Details of the scheme show that criminals who are cautioned and leave the country will not necessarily be doing so for good. They must  agree not to return for five years – or ten in the most serious cases.Peter Cuthbertson, director of the Centre for Crime Prevention think-tank, said: ‘This could be interpreted by offenders as “commit a crime and get a free flight home”.’

Javed Khan, chief executive of Victim Support, added: ‘Some victims will undoubtedly be relieved that the offender has been deported, but others are likely to be outraged that the offender hasn’t received either punishment or rehabilitation.’Conditional cautions for foreign criminals were part of the Legal Aid, Sentencing and Punishment of Offenders Act passed last year, but the details of how they work were published only last week, when the scheme began.Officials estimate they will save around £10million a year and cut the number of prison places needed for foreign criminals by 250 a year.

Cautions can only be offered if there is enough evidence for a ‘realistic prospect of conviction’ and if the criminal admits what he did.In the case of lower-level offences that would be likely to lead to a magistrates’ court trial, decisions on a caution will be made by a senior police officer.With offences that are likely to lead to prison, approval must be given by a deputy Chief Crown prosecutor. They can only issue a caution if they believe the criminal would receive a sentence of less than two years.Criminals would have no guarantee of returning to Britain after their ban, and could be turned away at the border, depending on the circumstances. –  DailyTimes