Erdogan to visit Gaza at May-end 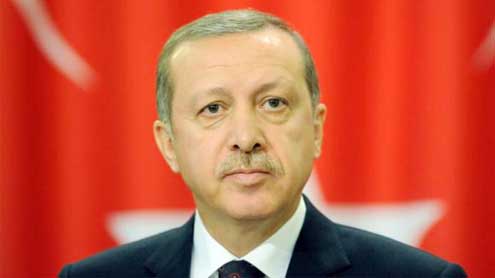 Erdogan to visit Gaza at May-end

ANKARA: Turkish Prime Minister Tayyip Erdogan said yesterday he will visit the Palestinian Gaza Strip at the end of May after an official trip to the US in the middle of the month.

Erdogan did not give a specific date for the visit but said during a televised speech in Ankara it would be “around the end of May.” He will travel to Washington to meet President Barack Obama on May 16.The Turkish leader, who has for years spoken of his desire to visit the Palestinian enclave, was expected to travel there this month but postponed his trip at the request of Washington, the Turkish daily Hurriyet and other media reported.The US wanted the trip delayed, the reports said, so as not spoil a rapprochement between Turkey and Israel following an Israeli apology in March for killing nine Turks in 2010. – ArabNews