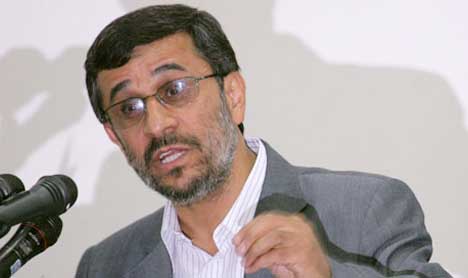 Iran has again strongly defended its controversial nuclear programme as a new round of talks with world powers began in Kazakhstan.

Chief negotiator Saeed Jalili said the global community must accept Tehran’s right to enrich uranium.International powers suspect Iran is seeking to develop nuclear weapons – a charge Tehran denies.Iran insists its purposes are purely civilian, asserting it needs enriched uranium to make medical isotopes.”We think our talks… can go forward with one word. That is the acceptance of the rights of Iran, particularly the right to enrichment,” Mr Jalili said in the city of Almaty – the venue of the talks with Britain, China, France, Russia, the United States and Germany (P5+1).

“We are talking about peaceful nuclear energy,” he stressed, accusing “a handful of countries” of trying “to deny this right to others”.UN Secretary General Ban Ki-moon told reporters in Madrid on Thursday he hoped for “very meaningful progress” from the negotiations, urging the Iranians to prove their programme was for peaceful purposes.At the previous round of talks in Kazakhstan in February, the world powers tried to push Tehran to halt production and stockpiling of uranium enriched to 20% – a step away from achieving a nuclear weapons capability.

In March, US President Barack Obama said he had offered Iran a “practical solution” if it truly sought peaceful nuclear capabilities rather than weapons.He urged the country to take “immediate and meaningful steps” to reduce tension with the international community.Meanwhile, Israel has warned that it will stop Iran’s programme militarily if other means fail. – BBC