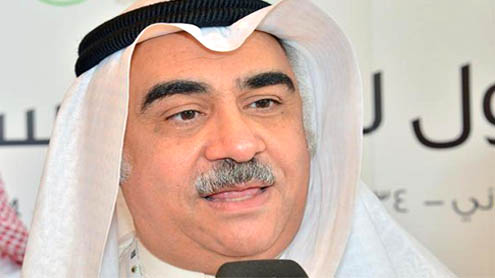 Labor authorities, supported by police, have stepped up a major campaign to drive out illegal workers as well as those involved in cover-up businesses in different parts of the Kingdom.

The move has triggered shock waves among expatriates, especially those who are not working for their sponsors.Police have reportedly arrested a large number of expatriates for violating iqama and labor regulations during the past week, sources told Arab News.Many shops and firms have been closed down in Riyadh, Jeddah and Dammam as they either did not have enough workers under their sponsorship or fear punitive action.A ministry spokesman, however, described the raids as a routine measure.Labor Minister Adel Fakeih said on Tuesday the government would not tolerate any violation of the Kingdom’s regulations and that tough action would be taken against violators.

“The Cabinet has identified the duties of the Interior and Labor ministries to track down illegal workers and businesses,” the minister said, adding that a royal decree has been issued to beef up labor inspections with police.“We’ll intensify inspections in coordination with the Interior Ministry,” Fakeih said.“The move is aimed at driving out illegal aliens and violators of iqama and labor laws,” he added.The Labor Ministry has classified nearly 250,000 small and medium enterprises in the Red category of the Nitaqat system yesterday when the deadline given to them to employ at least one Saudi in their firms expired.

The ministry will not renew work permits of employees in Red category firms and as a result their iqamas would not be renewed. According to a new law passed by the Cabinet, such iqama violators will be arrested and deported by the Interior Ministry.“We have not seen such coordinated inspections of illegal workers in the past,” said one foreign journalist, who has been working in the Kingdom for the last 30 years.Police are also checking iqamas of expatriates after stopping them at streets, he said.

“They are also looking for people who have come on private driver (saik khas) visas, because many of them are not working as drivers.”Private drivers need not pay the SR 2,400 expat levy while the iqama fee for them is half the amount paid by other expatriates.
There were sudden inspections in Bani Malik and Makarona districts of Jeddah.Some companies have instructed their workers, who are not under their sponsorship, not to report to work fearing punishment.

The new drive will result in an exodus of at least 2 million illegal workers. As a result there will be an acute shortage of workers and the prices will go up. It will also affect project works, said a business executive in Dammam.“Many foreigners are working without their iqamas being renewed for more than a year because their firms were in the Red. Many workers of manpower supply firms are not under their sponsorship,” he added. – ArabNews