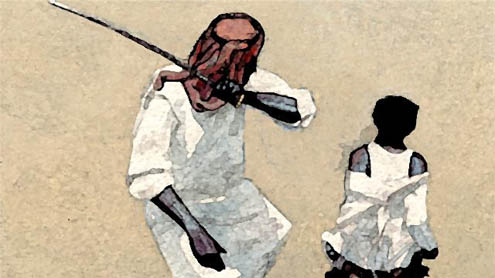 Seven men were executed by beheading Wednesday in Saudi Arabia for stealing, according to SPA, the official Saudi New agency.

The deaths came a day after the United Nations called for the kingdom not to carry out the punishment, in part because the men had allegedly not been given fair trails. The U.N. said the men were reportedly accused of organizing a criminal group, armed robbery, raiding and breaking into jewelry stores in 2005.The U.N. special rapporteur on torture, Juan E. Mendez, said there are also grave concerns that the men were tortured during detention and forced to sign confessions.

SPA issued a statement on behalf of the Ministry of Interior that starts with a Quranic verse from the chapter “The Table Spread.””The punishment of those who wage war against God and His Messenger, and strive with might and main for mischief through the land is: execution, or crucifixion, or the cutting off of hands and feet from opposite sides, or exile from the land: that is their disgrace in this world, and a heavy punishment is theirs in the Hereafter.” – CNN