Lawmakers Concerned About Cyber Threats to Critical US Infrastructure 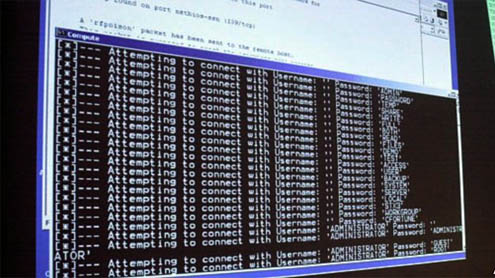 Lawmakers Concerned About Cyber Threats to Critical US Infrastructure

CAPITOL HILL: The chairman of the U.S. House of Representatives’ Homeland Security Committee has expressed concern about the threat of cyber attacks from China, Iran and other countries. He spoke at a Wednesday committee hearing as President Barack Obama met with corporate leaders to discuss the issue.

House Homeland Security Committee Chairman Michael McCaul compared the threat from cyber attacks to the terrorist threat the United States faced on September 11, 2001, but he said this time the U.S. is aware of the threat and is taking steps to counter it.”We know that foreign nations are conducting reconnaissance on our utilities – they are penetrating our gas and water systems and also our energy grids – and if the ability to send a silent attack through our digital networks falls into our enemies’ hands, this country could be the victim of a devastating attack,” McCaul said. “Yet, while threats are imminent, no major cyber security legislation has been enacted since 2002.”

Several lawmakers at the hearing expressed concern about recent reports that the majority of cyber attacks against the United States are emanating from China. Deputy Homeland Security Secretary Jane Lute said the Obama administration considers the attacks extraordinarily significant.”We have raised this issue of the attacks that are emanating from actors in China, with Chinese authorities. We have called on them to acknowledge it, take it seriously, understand it, to investigate it and stop it, and to work with us in creating broad norms of responsible cyber behavior,” Lute said.

In an ABC News interview Tuesday, President Obama said there has been a steady ramping up of the threat to cyber security from other nations and from criminals.  He said the United States already has engaged in some “tough talk” with China and other countries.
A Chinese foreign ministry spokesperson Tuesday said Beijing is open to talks, but insisted that China is a victim, and not a perpetrator of computer crimes.President Obama signed an executive order a month ago directing U.S. agencies to improve information sharing on cyber threats, but such orders do not carry the weight of law.

A Senate bill on cyber security last year failed to get enough votes to pass and was opposed by some business groups and some privacy rights advocates.  A new cyber security bill has been introduced in the House, but has not been brought to the floor yet.At a Senate hearing Tuesday, the Director of National Intelligence James Clapper told lawmakers America’s biggest national security threat could come now from a computer keyboard instead of a terrorist bomb. – VOA