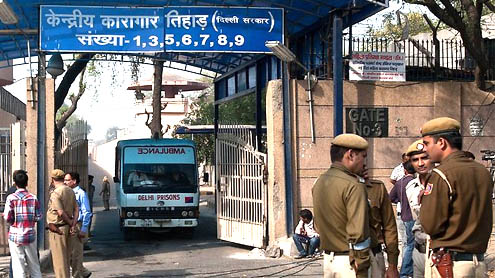 THE man accused of being the ring leader of a gang who raped and fatally injured a woman on a bus in India was found hanged yesterday.

Ram Singh — who was said to have driven the bus — was discovered hanging from a noose made from the threads of a mat in a shared cell in Tihar prison, New Delhi.His family and lawyer suspect “foul play”, with father Mange Lal Singh saying he was murdered. Lawyer VK Anand said his client had been calm and composed in court on Friday. He added: “We can’t rule out foul play. Nothing is adding up.”

Federal Home Minister Sushil Kumar Shinde called the incident a “major lapse” in security and launched an inquiry.Singh’s mother wept as she left her home.The trial of Singh and four other men began last month. The trial of a juvenile co-accused started last week.The attack on a 23-year-old student in December sparked global outrage. – TheSun