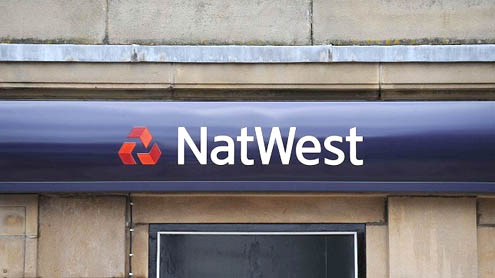 Millions of Natwest customers have been unable to take out cash or transfer money after its IT system collapsed for the second time in a year.

The majority of UK customers, around 7.5million, could not use online and phone banking or make card payments and cashpoint withdrawals from 9pm last night.NatWest is part of the Royal Bank of Scotland, which also runs the Bank of Ulster, who were also affected.But despite such a widespread computer blackout, no reason was given for the failure and despite claiming it was fixed some customers maintained their services were still not working this morning.The news comes less than a year after millions of the bank’s customers were left unable to use their cards or move money for days due to a compute glitch.

Stephen Hester, the chief executive of RBS, which is 80 per cent state-owned, was forced to apologise last June after millions of customers were left unable to view an up-to-date balance following a software update.It also affected payments such as direct debits for bills and some wages were not received leading to the bank setting aside £125million in compensation.They could be forced to find more money to pay those left out of pocket overnight.Customers took to social networks to warn others not to rely on their cards and tell of their problems.

Mark Hillman wrote: ‘The whole system is down! No ATM’s, no online banking and cards WILL be declined. Just found out the hard way.’Many more, frustrated by a perceived lack of response from their bank, took to twitter to vent their anger.Tara Marsden echoed the same sense of annoyance and said: Natwest Hopeless. No time scale given to rectify the problem according to customer services. Not good enough.’At 10.30pm Natwest responded to their customers on Twitter saying they were ‘aware’ of the issues.The bank said: ‘We are aware of the problems our customers are having and apologise, we will provide more information as soon as we have it.’

Charlie O’Brien tweeted: ‘Yep my card just got declined. Not able to use cash points or online banking £natwest not good at all’.She later added: ‘I had to get my info from twitter! No details anywhere else about whole system being down. Poor show.’But the continual problems may still drive stranded customers into the arms of their competitors in the hopes of a more reliable system.Lee Barnes wrote: ‘Not happy about @natwest time to move my bank account I think.’This is just the latest embarrassment for the bank which came in for a raft of criticism from its customers after a number of computer failures in the last year.

In June 2012 a computer glitch resulted millions of people having trouble using their debit and credit cards for three days.Just a month later and Natwest were back in the news when more than 700,000 customers were affected by a ‘human error’ which resulted in some accounts being debited twice.NatWest is part of the Royal Bank of Scotland, which also runs the Bank of Ulster.RBS initially issued apologies about the inconvenience on Twitter at 11.30pm.They said the problem was later resolved at around 1am but customers continued to complain that it was not all working.

Some said large chunks of the online services were still missing or not working.A spokeswoman for RBS said: ‘We are disappointed that our customers have faced disruption to banking services for a period this evening, and apologise for that. All services are now running as normal again.’She added that any customers having continued difficulties should contact customer services.RBS was unable to give details about why the service was affected and whether it stopped payments and direct debits being paid. – DailyMail