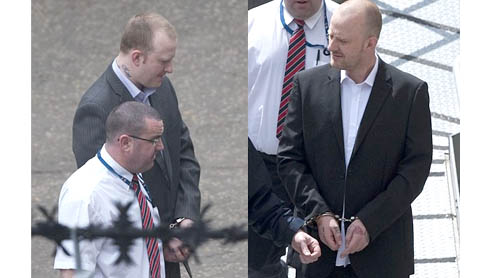 A man dubbed ‘Britain’s most feckless father’ after fathering 17 children by 15 different mothers is facing life behind bars after he convicted of murdering a man in brutal knife attack.

A forensic examination of his clothes found Mr Getty’s blood inside the pockets of his jeans and inside his shirt.Cumming, 36, a prisoner at HMP Perth, denied that he had murdered James Getty by repeatedly striking him on the body with a knife or similar instrument.Cumming has lodged a special defence of incrimination on the murder charge, alleging that James Kelbie committed the crime.But a jury of eight men and seven women took just over two hours to find him guilty of murder by majority.

Thigh-Gap workout by Celebrity trainer to get Supermodel Legs