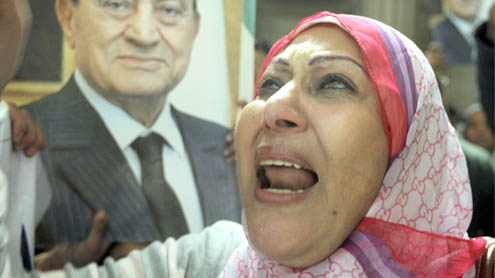 Your daily look at late-breaking news, upcoming events and the stories that will be talked about Monday:

1.WHY US BUDGET CUTS MAY BE HERE TO STAY

Washington didn’t implode and no one has yet crafted a politically viable way to roll back the cuts.

A baby who received early aggressive treatment appears to have been cured of virus that causes AIDS.

New analysis shows wealthy families are paying some of their biggest federal tax bills in decades.

Britain’s Queen Elizabeth II is hospitalized for the first time in a decade.

A pregnant mother and her husband en route to hospital die in a car accident, but newborn survives — in serious condition.

After stop in Egypt to release $250M in aid for reforms, the secretary of state is also visiting Saudi Arabia, UAE, Qatar.

Engineers hope to get a clear view of the giant crater that swallowed Jeff Bush, whose body hasn’t been found.

9. WHAT ARRIVED AT SPACE STATION AFTER SHAKY START

Lauren Silberman becomes first woman to try out at a pro football combine, even if her day lasted all of two kicks before a pulled a muscle. – YahooNews