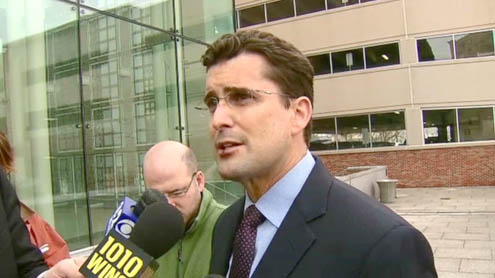 A news anchor for WCBS in New York City has resigned following allegations that he choked his wife in their Connecticut home, a WCBS spokeswoman said Wednesday.

The anchor, Rob Morrison, said in a statement released Wednesday that his “family is my first and only priority right now.””I have informed CBS 2 management that I need to put all of my time and energy into making sure that I do what’s best for my wife and my son,” Morrison said. “I very much appreciate the opportunity that CBS 2 has given me and I thank them for accepting my decision.”

Morrison was taken into custody early Sunday at the Darien home he shares with his wife, CBS MoneyWatch anchor Ashley Morrison, police said. He was arrested and accused of choking his wife with both hands after becoming “increasingly belligerent … during the course of the evening,” a Darien police statement said.He was arrested on charges of second-degree strangulation, second-degree threatening and disorderly conduct.