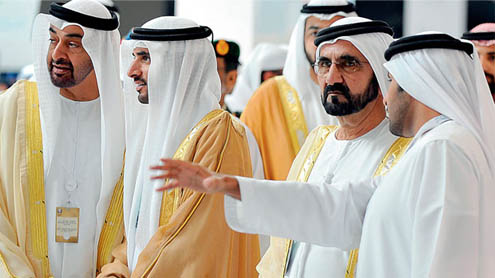 The main feature of the ceremony was a spectacular show of power in which the land, air and naval forces of the UAE demonstrated their professional skills in front a large number of guests from Arab and friendly countries.Shaikh Mohammed hailed the huge participation of the companies, corporations and local companies at the event.

Praising the UAE youth who display their competence in all national occasions and events, Shaikh Mohammed said: “Undoubtedly, they always prove that they are capable of shouldering their responsibilities with confidence and high efficiency.”Shaikh Mohammed spoke well of the good organisation of Idex and the well cultured and civilised methods by which the visitors and participants were received, indicating the UAE’s experience in hosting and organising such global events. – KahleejNews