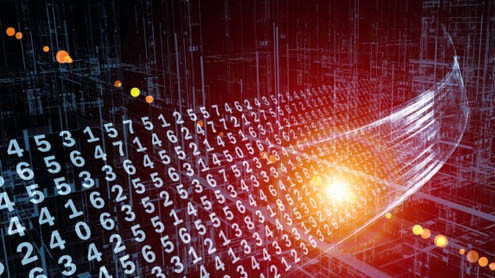 KANSAS CITY, Missouri: After running 1,000 computers non-stop for 39 days to uncover the world’s largest prime number yet, a Missouri college professor said this week he is starting all over to top his own record.

“It’s a never-ending job,” said Curtis Cooper, a computer science professor at the University of Central Missouri in Warrensburg. The computers are still running, although finding a higher prime number is estimated to take five to seven more years. Thousands of other computers in the United States are making the same search.”This is my first love,” Cooper, 60, said in an interview with Reuters. “It’s pure mathematics. It’s kind of an art form.”

Cooper said he has received calls and emails from around the world after Wednesday’s announcement that he had identified the prime number – which is a number that can only be divided by itself and 1. For example, 4 is not a prime number because it can be divided by itself, 1 and 2. Prime numbers include 2, 3, 5, 7 and on up to the giant figure Cooper and his computers discovered, which has 17,425,170 digits.The new number is 2 multiplied by itself 57,885,161 times, minus 1. A single campus computer, labeled #22, found the number on January 25, but it had to be verified by the prime number locator project known as GIMPS – the Great Internet Mersenne Prime Search.

The term “Mersenne” refers to the rarest prime numbers, only 48 in all, that have ever been discovered. GIMPS has discovered the last 14 of them.Working with the GIMPS system, Cooper and Central Missouri chemistry professor Steven Boone discovered two earlier record prime numbers, in 2005 and 2006. Their newest prime number is the largest discovered since 2008, at the University of California-Los Angeles. It beat the UCLA number by some 5 million digits.Having the record prime number discovered three times at Central Missouri, a state college with about 11,000 students, is a source of great pride, said Mike Greife, the school’s news bureau director. “It’s kind of mind-boggling,” Greife said of the search process.

Cooper said his earlier successes finding the highest prime number motivated him to keep trying. He said he spent at least two hours a day “baby-sitting” the college computers to make sure everything was operating properly. The search software runs in the background while the computers carry out other functions.Cooper said prime numbers are mostly of interest to mathematicians, but the search has some practical uses. For one thing, it shows how computers can be used together on such a project, he said.Prime numbers also have been used in Web applications to encrypt messages because they are so rare. Those numbers, though, have a mere 100 to 200 digits, Cooper said. – YahooNews