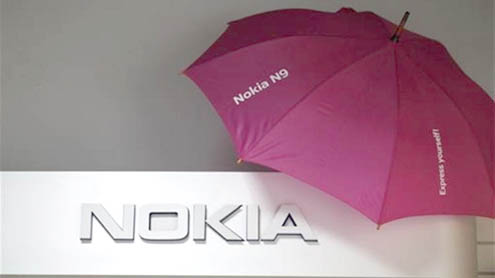 Finnish phone giant Nokia said Tuesday it had protested to the Indian government over a tax raid at one of its factories in South India, slamming the action as “excessive and unacceptable”.

Officials last month raided one of Nokia’s manufacturing units in the southern city of Chennai as part of an investigation into tax department suspicions that it may have evaded taxes totalling 30 billion rupees ($545 million).Nokia, which strongly denies evading any taxes, said it had sent a “letter of objection” to Indian tax authorities. “The actions of the income tax authorities in Chennai are excessive, unacceptable and inconsistent with Indian standards of fair play and governance,” Nokia said in a statement.

India – one of the world’s fastest growing mobile phone markets – is Nokia’s second-largest market, with the Chennai factory producing over 20 different models for the company. Nokia said it has yet to receive “any official information” on potential tax claims by the Indian government. “We do not see any merit in any of the claims, and are ready to defend ourselves vigorously,” the company said. Nokia is not the only multinational firm facing a tax probe in India whose tax policies have caused deep concern among international business investors. – Brecorder