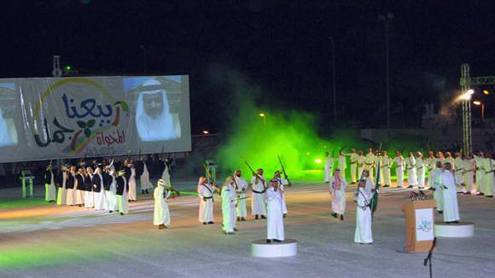 JEDDAH: A major tourism festival will be held in Makkah for the first time this summer. It will feature 18 cultural and recreational programs, according to Mahfouz ibn Marae Binmahfouz, chairman of the organizing committee.

The festival, scheduled to be opened by Makkah Governor Prince Abdul Majeed on June 17, will boost cultural and tourism activities in the city which will attract thousands of Umrah performers in the coming months.“The festival will continue for a month,” Binmahfouz said, adding that it would include a book, computer and telecom exhibition, acrobatic shows, a museum, shopping halls and children’s games.

“It will provide a good opportunity for people in Makkah and the surrounding areas to enjoy their summer holidays with a variety of programs,” he said in a statement. By organizing the festival, Makkah hopes to achieve a place on the Kingdom’s tourism map, especially at a time when the government is promoting tourism as part of a diversification drive.The Kingdom expects internal tourism to generate around SR25 billion ($6.66 billion) annually in the next few years. It also hopes that the tourism sector will create thousands of jobs for Saudis.

Binmahfouz hoped that the Makkah festival would provide a suitable atmosphere for families to spend their holidays.“Makkah Khair festival is not held to compete with other festivals in the country. In fact, it will complement other tourism festivals being held in other parts of the country every year,” he added.Jeddah International Exhibitions Company, organizer of the festival, has given opportunities to a large number of traders and hotels in Makkah to participate in the event.The organizers have also selected a number of prizes including cars, gold bars, electronic equipment and household utensils, he said, adding that the prizes would be given away throughout the month.

The Makkah festival has been planned following the success of similar festivals in Jeddah over the past three years. Jeddah attracted over two million tourists and visitors from within and outside the Kingdom.According to a recent study, 47 percent of Saudis spend their holidays in non-Arab countries, 29 percent in Arab countries and 24 percent inside the Kingdom. The study also noted that Saudis set aside 25 percent of their earnings for holidays.

Saudi Arabia already has a tourism infrastructure. It has built 3,354 public parks covering a total area of 44.6 million square meters. There are 24 regional and four international airports in the country. The road network stretches over 36,581 kilometers. The southern region, Asir, is one of the Kingdom’s major tourist centers attracting more than two million tourists every year. The region has 30 world-class hotels and 156 major tourist attractions, including the Asir National Park with an area of 445 hectares.

Prince Sultan ibn Salman, secretary-general of the Supreme Commission for Tourism, expects that more than 45 million tourists will visit the Kingdom by 2020 and spend some SR80 billion. He said the development of the tourist sector necessitated 50,000 new hotel rooms and 74,000 housing units plus training of 1.5 million to 2.3 million Saudis for providing various tourist services.

Tourism Seminar: Prince Sultan, second deputy premier and minister of defense and aviation, who is also president of the Board of the Supreme Commission for Tourism, will open in Riyadh on Tuesday a seminar on “Tourism in the Kingdom of Saudi Arabia: Elements and Prospects.”The seminar is being organized by King Saud University and the Higher Commission for Tourism.In a statement to the press, rector of the university, Dr. Abdullah ibn Muhammad Al-Faisal, said that the seminar will tackle 45 research papers on the natural and heritage elements of tourism in the Kingdom as well as transportation, other public utility services, guidance, investment, training and the impact of tourism on the environment.A number of officials from the government and private sector will participate in the three-day seminar, he added. – ArabNews