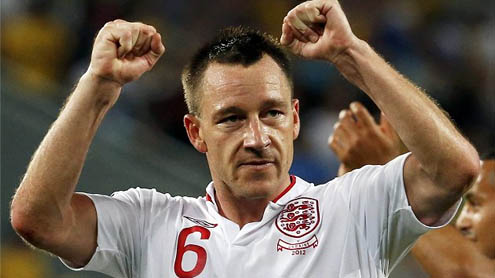 A former policeman accused of selling stories about celebrities to the press was today charged with misconduct in public office.

Alan Tierney, who worked at Surrey Police, is alleged to have received £1,750 for giving the Sun details of two cases linked to well-known public figures.One of the cases is believed to relate to an accusation that the mother and mother-in-law of Chelsea captain John Terry were caught shoplifting at a shopping centre in March 2009.The other is said to have been the arrest of Ronnie Wood after he was accused of assaulting his much younger girlfriend in December 2009.Tierney was arrested as part of Operation Elveden, which was set up to investigate allegations of newspapers paying police officers for information.

He is believed to have the officer who issued a caution to Sue Terry and Sue Poole, the mother and mother-in-law of former England football captain Mr Terry, after arresting them for shoplifting £800 worth of goods from Tesco and Marks & Spencer in March 2009.Two days after the incident in Weybridge, Surrey, details appeared in the Sun, attributed to anonymous sources.In December of the same year, Rolling Stones guitarist Mr Wood was arrested on suspicion of beating up his Russian lover Ekaterina Ivanova, 42 years his junior, at his home in Claygate, Surrey.

He was questioned by police and released with a caution for common assault – and once again, it took just two days for the story to appear in the Sun, including an interview with a witness to the fight.Alison Levitt QC, principal legal adviser to the Director of Public Prosecutions, said: ‘We have concluded, following a careful review of the evidence, that Alan Tierney, a former police constable with Surrey Police, should be charged with two offences of committing misconduct in public office.

‘It is alleged that in 2009 Mr Tierney provided information to The Sun newspaper on two occasions in breach of the terms of his employment with Surrey Police and was paid £1,750.’The first charge relates to an allegation that Mr Tierney provided details to the newspaper about a shoplifting incident in which he was the arresting officer.’The second charge relates to an occasion on which Mr Tierney took a statement from a witness to a domestic violence incident. It is alleged that Mr Tierney passed the witness’s name, address and details of the incident to the newspaper.

‘Both of these incidents were linked to high-profile people.’Ms Levitt added that prosecutors had considered whether or not the officer’s alleged leaks had contributed to the ‘public interest’ sufficiently to outweigh the supposed crime.The Crown Prosecution Service refused to confirm or deny the details of Tierney’s alleged leaks.He will appear on bail at Westminster Magistrates’ Court on 26 February.Evidence received by prosecutors last month also contained allegations against a member of the public, but officials decided to take no further action against the individual. – DailyMail