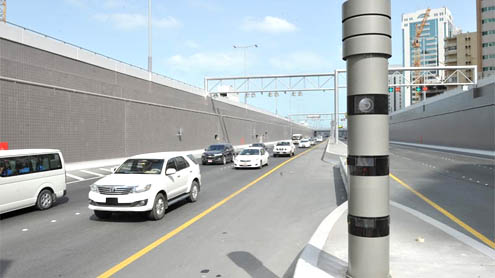 The Air Wing of the Abu Dhabi Police said surveillance planes will patrol Abu Dhabi, Al Ain and the Western Region to monitor the highways and internal roads, especially during peak hours, and others recommended by the central operations room.

Staff Brigadier Pilot Ali Mohamed Al Mazrouei, Director of the Air Wing, said at least nine air patrolling sorties will be conducted a week — three each in Abu Dhabi, Al Ain and the Western Region.He noted  that the crew consists of two pilots, a doctor and a thermal imaging device operator, adding that the operator sends live pictures directly to the central operations room and the operations room of the Air Wing during the mission.

Brig Al Mazrouei said the communication between the operations room and the plane is through a Terrestrial Trunked Radio (TETRA), which easily guides the plane to a place specified by the operations room. He added that the thermal imaging device operator helps in night patrolling.He noted that the presence of the doctor in the plane during the mission contributes to the speedy response in the event of serious traffic accidents and for transporting the injured safely to hospitals. – KahleejNews

Closest ‘Alien Earth’ May Be 13 Light-Years Away

Closest 'Alien Earth' May Be 13 Light-Years Away