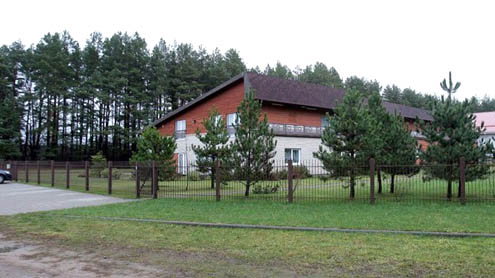 NEW YORK: The CIA was aided and abetted by some 54 countries in its secret interrogation program years after Sept 11 attacks, says a new human rights report which documents international involvement in CIA efforts.

The report, cited by the New York Times exclusively is to be made public later by the Open Society Justice Initiative, a rights advocacy group, is the most detailed external account of other countries’ assistance to the United States, including things like permitting the CIA to run secret interrogation prisons on their soil and allowing the agency to use their airports for refuelling while moving prisoners around the world.

The report identifies 136 people who had been held or transferred by the CIA, the largest list compiled to date, and describes what is known about when and where they were held.It adds new detail to what is known about the handling of both dedicated Al Qaeda operatives and innocent people caught up by accident in the global machinery of counter-terrorism.Some of the harsh interrogation methods the CIA used on prisoners under President George W. Bush have been widely denounced as torture, including by President Obama, who banned such techniques.

In addition, some prisoners subjected to extraordinary rendition — transferred from one country to another without any legal process — were sent to countries where torture is standard practice.Such operations remain the subject of fierce debate, with former Bush administration officials asserting that they were necessary to keep the country safe and critics saying the brutal interrogation techniques were illegal and ineffective.The debate has been renewed most recently with the release of the movie “Zero Dark Thirty,” which portrays the use of torture in the hunt for Osama bin Laden, though intelligence officials deny that was the case.

When he took office in 2009, Mr Obama rejected calls for a national commission to investigate such practices, saying he wanted to look forward and not back.The Senate Intelligence Committee recently completed a 6,000-page study of the CIA detention and interrogation program, but it remains classified, and it is uncertain whether and when it might be even partially released.Amrit Singh, the author of the Open Society report, “Globalising Torture,” said she had found evidence that 25 countries in Europe, 14 in Asia and 13 in Africa lent some sort of assistance to the CIA, in addition to Canada and Australia.

They include Thailand, Romania, Poland and Lithuania, where prisoners were held, but also Denmark, which facilitated CIA air operations, and Gambia, which arrested and turned over a prisoner to the agency.“The moral cost of these programs was borne not just by the US but by the 54 other countries it recruited to help,” Ms Singh said.For some former intelligence officials, such critiques of the aggressive operations against Al Qaeda smack of second-guessing.

Michael V. Hayden, the former CIA director, said in a panel discussion last week at the American Enterprise Institute that few voices had called for restraint in the panicky aftermath of 9/11.“We are often put in a situation where we are bitterly accused of not doing enough to defend America when people feel endangered,” Mr Hayden said.“And then as soon as we’ve made people feel safe again, we’re accused of doing too much.”

But Ms Singh said the United States had flagrantly violated domestic and international laws and that its efforts to avoid accountability were “beginning to break down.”In December, the European Court of Human Rights found the CIA responsible for the torture of Khalied el-Masri, a German citizen abducted by the agency and taken to Afghanistan in a case of mistaken identification.And on Friday, an Italian appeals court convicted a CIA station chief and two other Americans of the kidnapping of a radical cleric taken from the streets of Milan in 2003 and sent to Egypt.Twenty-three Americans had previously been convicted in the case. – Dawn