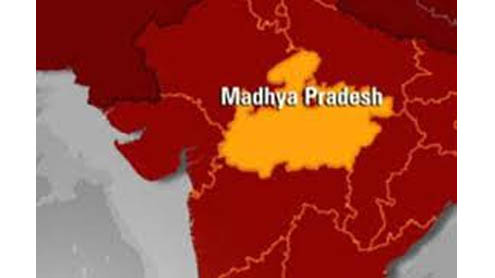 This month alone, Mahakaushal region has seen two externment orders against two female dons. Anusuyia, 38, kingpin of illicit liquor has been forbidden to enter Jabalpur and adjoining districts after she was hauled up 19th time before the court for the same offence. Undaunted, the woman is convinced that “tadipar” order will only establish her more firmly in the male dominated business. Anusuyia is closely followed by Santoshi Bai.

The latter was externed from Chhatarpur for one year after she was found to be heading an inter-state human trafficking racket, and like Anusuyia, Santoshi is also, according to the records, a habitual offender. Externment of women, not so long ago, was something unheard of and is still something very rare, says inspector general (IG) Sagar Pankaj Shrivastava. However, their extensive criminal records, he says, leaves little choice with authorities.

Sampurna Laxmi’s name spells terror among Ranjhi labourers and daily wagers. Running a money lending racket for last 10 years Laxmi, was known to manhandle and brutally assault her defaulting creditors but none had the courage to lodge a police complaint, she finally was trounced, again, by a woman creditor, says Jabalpur superintendent of police (SP) Harinarain Chari Mishra.

Alice Phillips had borrowed Rs 16,000 and had already paid back 35,000 and was being harassed by Laxmi to cough up another 10,000. After Laxmi threatened to blow up her home and kidnap her children, Alice filed an FIR and got her tormentor arrested. But Mishra is not expecting any miracles. “A true hardened criminal she appeared far from being remorseful and would like to regain lost ground once out of jail,” he says.

List of these hardcore professionals runs long. Shabina Bi from Gohalpur has 18 cases of assault, forcibly entering the house, destruction of property, stabbing and three cases under section 3/5 of explosive act (lobbing bombs) against her. While, Baby Kuchbandia with 39 cases of assault (chaakubazi) battery, rioting, affray and house trespass while Lakhi Burman, Jhunia Bai, Sundaria Bai and at least a dozen more who have more than 12 cases to their names and are absconding.

In Rajgarh, Shajapur and Guna belt, women criminals easily outnumber men claimed, Shrivastava. IG also recounted a recent case in Ajaygarh, Panna where a young woman has been caught on camera trying to force open an ATM with the help of a gas cutter. After a police patrol vehicle approached the ATM the gang beat a hasty retreat but not before third image was captured. The photograph is circulated and hunt is on for the female suspect. – TOI