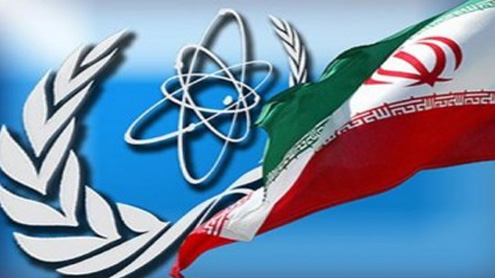 The visit comes ahead of the first talks since June between Iran and the five permanent members of the UN Security Council and Germany, possibly later this month.Some observers suggested that Iran is waiting until after the International Atomic Energy Agency meeting before responding to the six powers’ proposal to meet in January. Hopes were however not high that the IAEA and Iran would reach a deal, with the UN body’s head Yukiya Amano saying on Friday that he was “not necessarily optimistic.”“It doesn’t seem likely that an agreement will be reached,” one Western diplomat told AFP. “Despite Iran’s statements to the contrary and the IAEA’s previous cautious optimism, there still remain some pretty big disagreements.”

Even if, against the odds and after a year of trying, the two sides do manage to cut a deal, many IAEA member states fear that the deal may tie the agency’s hands and prevent it from conducting a proper investigation.The mooted “structured approach” accord might include the IAEA agreeing to “close” an issue for good after it has been addressed or being able to visit a site or interview a scientist only once, diplomats said.Parallel diplomatic efforts by the “P5+1” powers meanwhile are focused less on the past and more on Iran’s current activities, in particular Tehran’s capacity to enrich uranium to fissile purities of 20 percent.

Such material can be used for peaceful purposes — Iran says it is for producing nuclear medicines — but also when further enriched to 90-percent in a nuclear weapon, a relatively easy step.Iran rejected in a series of meetings in 2012 P5+1 demands to suspend 20-percent enrichment and take other steps because the six powers stopped short of offering relief from sanctions that last year began to cause it major economic problems.The six are since reported to have reworked the proposal, albeit not substantially.

Watching both the IAEA and the P5+1 meetings will be Israel, the Middle East’s sole if undeclared nuclear-armed state, which has threatened to bomb Iran unless the expansion of its nuclear activities is halted.“If Iran continues on its current path … we could be on a trajectory to military confrontation later in the year, possibly as early as this summer,” former US State Department official Mark Fitzpatrick, now at the International Institute for Strategic Studies, told AFP.He added though that he expected Iran to try to “forestall” this, either by converting some of its 20-percent uranium stockpile or “starting talks so that there appears to be some diplomatic progress.” – ArabNews