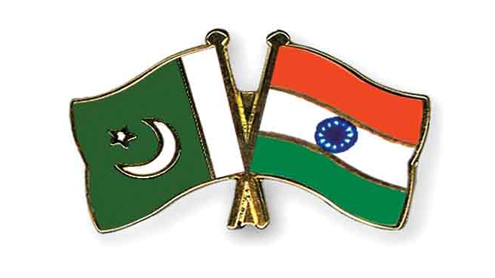 AHMEDABAD: A Pakistani delegation that had come to Ahmedabad for three-day Vibrant Gujarat summit left without attending it amid rising tension between Islamabad and New Delhi over recent killing of soldiers along the line of control, Indian media reported on Sunday.

According to reports, Indian officials refused to specify whether the delegation was asked to stay away. But they said its presence at the event while famed with anti-Muslim and anti-Pakistani sentiments hardliner chief minister of western Indian state of Gujarat, Narendra Modi was also present there would have embarrassed the BJP s leadership that had taken a strong position against the Centre s response to the LoC ceasefire violation.

The 22-member delegation from the Karachi Chamber of Commerce and Industry, which was supposed to attend the inaugural session of the Vibrant Gujarat summit on Friday, was asked to stay indoors in a plush hotel in Ahmedabad.Some members of the delegation wanted to visit Surat and Bharuch. They were escorted to Surat from where they left for Mumbai. The delegation left Gujarat by Friday evening.In effect, the delegation members were not even allowed some innocuous sight-seeing in Ahmedabad, let alone attend the summit at Gandhinagar.

“We were prepared to bring the delegation to the venue and had made all the arrangements. But, at the eleventh hour, we were told that there are some issues pertaining to their visa and a group cannot come to Gandhinagar. As advised, they were asked to remained indoors,” said Gujarat DGP Chittaranjan Singh.The group was expected to participate at business-to-business meetings in areas like textiles, chemicals and gems and jewellery.

Modi s tirades against Pakistan are well-known, whether it is the  Miyan Musharraf  jibe or more recently accusing the central government of “giving away” the disputed Sir Creek to the neighbouring country.The Karachi chamber, however, has been warming up to Gujarat as its representatives attended a chemical expo in Ahmedabad in 2011 and even called on Modi at his residence then. Some members had invited Modi to address corporate honchos in Pakistan via video-conferencing.

Given the links between Gujarat and Sindh regions, members of the visiting delegation had urged Modi to help start a direct flight between Ahmedabad and Karachi.In late September 2011, after his Sadbhavana fasts, Modi had demanded that the UPA government ease visa rules for Pakistani tourists wanting to visit Ajmer Sharif shrine while addressing the Indian Association of Tour Operators in Gandhinagar. – DunyaNews