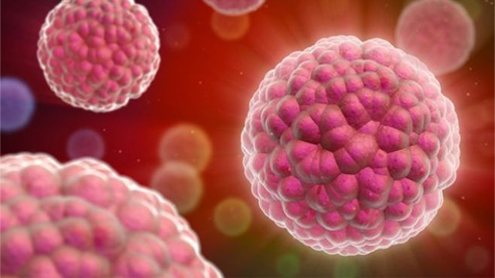 A major breakthrough in the battle against female cancer was signalled last night with the emergence of a single test to detect three different types of the disease.

Based on the existing smear test for cancer of the cervix, it also checks for the disease in the ovaries and the womb.The test is under development by scientists in the US and is expected to be simple and relatively cheap.Helping to detecting ovarian cancer – dubbed ‘the silent killer’ – would be a significant breakthrough.It exhibits no symptoms in its early stages and is usually not diagnosed until it is too late, proving fatal in two-thirds of cases.

Cancer of the lining of the womb, known as endometrial cancer, is easier to spot but still claims 1,400 lives annually.The new research builds on the success of the smear test, which looks for abnormalities in cells in the cervix, the entrance to the womb.The five-minute procedure is routinely offered every three years to women aged 25 to 49 and then every five years up to 65. The test is credited with cutting the number of cases of cervical cancer by three-quarters since it was introduced.They then examined cervical smear test samples, looking for cancerous cells from the ovaries or the womb that had broken off and made their way to the cervix.

This method had a 100 per cent success rate in detecting endometrial cancer. It also found 40 per cent of ovarian tumours.Cancers were detected in both the early and late stages.In addition, no women who were in fact healthy were falsely diagnosed as having cancer. The success rate for ovarian cancer may seem low, but the test may still detect cases that would not otherwise be spotted until too late.Writing in the journal Science Translational Medicine, the researchers said testing for more genes might give a better result.

More research including large-scale trials is needed before the Pap Gene test, as it is known, is ready for the market. It will be at least a decade before it is widely available. Researcher Dr Shannon Westin, of the University of Texas, said that in order to catch all three cancers, smear tests might have to be given throughout life, rather than just until the age of 65.Hazel Nunn of Cancer Research UK welcomed news of the test, saying: ‘Looking for evidence of ovarian and womb cancer in women’s smear test samples is a clever idea.Such promising results warrant research on a larger scale to see if this approach could pick up these diseases in the early stages when the chances of survival are best.’

Gilda Witte, chief executive of Ovarian Cancer Action, said: ‘This is very promising news indeed.’But she added a note of caution that the research is in its early stages and women need to be aware of ovarian cancer symptoms so it is diagnosed as early as possible.The main symptoms are persistent stomach pain and bloating, difficulty eating or feeling full quickly and the need to urinate more often. – DailyMail