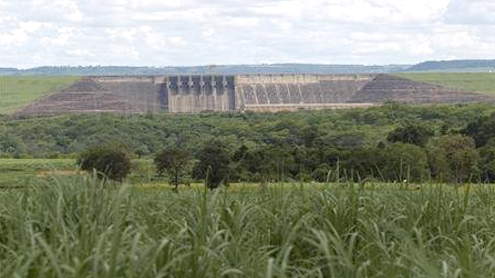 Brazil worries about another energy crisis

BRASILIA: Brazil looks less vulnerable today to an energy crisis similar to one in 2001 that cut output at factories, lopped about a percentage point off economic growth, and led millions of people to spend their nights by candlelight.

Still, the risk of a major disruption remains – in part because the South American economic powerhouse has grown so much since then and electricity output has not kept up with soaring demand.Twelve years ago, Brazil experienced a severe drought that reduced water levels at hydroelectric dams just as is happening today. The solution then was to ration energy supplies for eight months, in large part because the nation relied on such dams for 88 percent of generating capacity.

Residential and industrial consumers were forced to cut back their power usage by a fifth. Brazilians learned to conserve energy, street lights were dimmed, and the then-president even ordered the exterior lights and refrigerators switched off at the presidential palace.The solution to that crisis helps explain why Brazil looks somewhat less vulnerable now. In ensuing years, the government built dozens of thermoelectric power plants mostly fired by natural gas, expanding its generating capacity by 10,000 MW. That means hydroelectric dams now account for about two-thirds of electricity – making droughts less threatening.

Brazil’s stock market broke three days of declines on Wednesday and rose 0.74 percent after government officials dismissed any comparisons with the 2001 crisis and pacified investors with assurances that rain was on the way and no rationing would be needed.”Brazil has enough energy supplies to meet all its needs,” Energy Minister Edison Lobao told reporters after meeting with electricity authorities to discuss the energy crunch.Reservoir levels will be adequate again by the end of the month and there is no need to start up additional gas-fired thermoelectric power plants, Lobao said. He also dismissed fears of a shortage of natural gas in the country.

Lobao said the use of more costly thermal power would not derail President Dilma Rousseff’s plan for a 20 percent cut in electricity rates this year – which many analysts have said is in grave risk because of the drought. Officials expect the plan to trim 2013 inflation by more than half a percentage point.Despite such guarantees, worries remain that the current crisis could trip up Brazil’s economy, which has already struggled to grow for the past two years.The main reason for concern is the economy’s boom over the past decade, which saw electricity consumption grow by 40 percent under former President Luiz Inacio Lula da Silva.

The expansion pulled 30 million people from poverty and into the consumer market for household goods such as fridges, TVs and air conditioners – all of which consume large amounts of power.Rousseff was Lula’s first energy minister, charged with making sure that Brazil would never have to ration electricity again. She restructured the energy sector and pushed ahead with building hydroelectric dams that have not made her popular with environmentalists.Due to environmental concerns, Brazil’s new dams have smaller reservoirs to reduce the impact of flooding. That has also made the new reservoirs more vulnerable to lower rainfall.

A hot, dry summer, coupled with the worst drought in decades in the poorer northeast of Brazil, has revealed the vulnerability of the country’s energy system, raising the risk of rationing again if it does not rain soon.The budding energy crisis has already pushed up electricity prices on the spot market and forced Brazil to import more liquefied natural gas to fuel costly gas-fired generators that are running at full capacity and producing 25 percent of the national grid’s electricity at present.

Short-term energy prices have roughly quadrupled since early September, according to Brazil’s CCEE, which serves as an energy clearinghouse, and are now more than 20 times above prices in January 2012.Fears of an energy crisis could dissipate with rainfall, and it rained heavily in parts of Brazil on Wednesday, including in the capital Brasilia and Sao Paulo, the largest city.The government’s assurances calmed markets and index of utility stocks recovered from a four-day slide to gain 2.44 percent. Shares of Eletrobras, the country’s largest electric utility, rose 4.3 percent.

Officials say Brazil’s electrical grid is much stronger than in 2001 because generating capacity has expanded by 75 percent and thermal power generation increased by 150 percent.Too much use of expensive liquefied natural gas (LNG) could undermine Rousseff’s efforts to curb inflation.Investors have also shown concerns that more LNG imports could burden state-led oil company Petrobras, which has paid a premium for recent imports. However, CEO Maria das Graças Foster said Petrobras can profit from high demand for its thermoelectric power due to skyrocketing energy prices on the open market.

Brazil still has a reserve back-up of 1,000 MW in thermoelectric generating capacity, officials say, including a 640 MW gas-fired plant in Uruguaiana on the Argentine border.But starting up that plant depends on restoring Argentine gas pipeline supplies from Bahia Blanca, cut off in 2009. Argentina is short of gas and having trouble importing LNG. – YahooNews