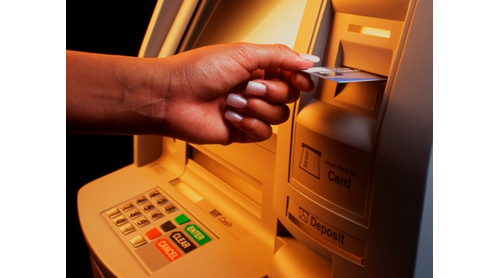 The Al Ain Police have unravelled the mystery behind the Thursday night ATM burglary in less than 24 hours.

A gang of four AGCC national brothers was arrested on suspicion of stealing an ATM from a bank in Al Yahr locality in Al Ain.The masked suspects, on Thursday at dawn time, broke open the glass door of an ATM room belonging to a local bank, in which four ATMs were fitted. They tied one of the ATMs with a steel chain to a pick-up truck and sped away, dragging it behind the vehicle.Fortunately, an Emirati passing by the vicinity — first thought that the suspects were robbing someone’s house. As he approached them, he found the thieves were making off with the bank’s ATM.

He testified before the police that one of the gangsters advised him to leave saying ‘go away….go away’, but the fearless man got on his truck and in a bid to foil the robbery, rammed it into the suspects’ pick-up. The eyewitness rendered them to drive away leaving the ATM broken into four pieces, after it had been dragged for as long as a kilometre away from the bank premises.

Brigadier Hamad Ajlan Al Amimi, Director of the Al Ain Police Directorate, said that the police received a theft alarm at a local bank on Thursday, on which the police quickly reached the ATM which was robbed and found the glass door of the room smashed.A taskforce of the Al Ain Police including some experts, specialised policemen and personnel have been assigned the duty to track down the burglars behind such thefts.

Brig. Al Amimi described the modus operandi of the burglary as the ‘first ever’ that happened in Al Ain city.The pick-up truck used in the crime was spotted near a desert road. On examining the truck’s number plates, it was found to have been stolen from an automobile showroom in Abu Dhabi, and the registration number of the truck was also reportedly stolen from another motor vehicle.The brothers were found to have had criminal records. On interrogation, the suspects confessed to the crime. – KhaleejNews

India and Pakistan must look at things through ‘a new lens’