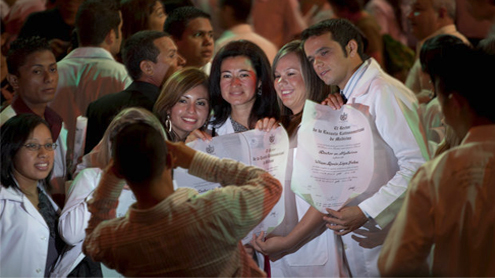 Cuba is eliminating longstanding restrictions on health care professionals’ overseas travel as part of a broader migration reform that takes effect next week, an island doctor told The Associated Press on Monday.

Hospital directors learned of the new policy, which takes effect Jan. 14, in a Saturday meeting with Health Minister Roberto Morales and word of the change was relayed in hospital staff meetings, according to the doctor, who attended one of the subsequent gatherings.The minister’s directive: “A doctor will be treated like any other citizen starting now and can exit freely, as long as the destination country allows it” by issuing an entry visa, said the physician, who spoke on condition of anonymity because he was not authorized to talk to foreign journalists.

“Apparently it has been completely repealed,” he said. “No restrictions of any kind.”Another doctor confirmed that she had been told of the new policy.For many years Cuban doctors have been limited in their ability to travel or had to undergo cumbersome bureaucratic procedures. They are routinely denied permission to travel or receive it only if they plan to leave for good and after a five-year process of being released from their duties.

The restrictions were justified as necessary to prevent brain drain from a sector that is the pride of Cuba’s Communist leaders, and which lost thousands of skilled professionals in the 1960s as the country increasingly embraced socialism following the Cuban Revolution. Many more left during the economic crisis of the 1990s.Other individuals in strategic occupations such as scientists, military officers and athletes have also had a hard time getting permission to travel.

In October, authorities announced the end of the widely detested exit visa known as the “white card,” which for decades was required of any Cuban seeking to travel overseas. The reform also extended to two years the amount of time Cubans can stay abroad without losing their full rights as citizens.The United States offers special refugee status to Cuban doctors who defect from international missions in Venezuela and other countries — something the island government calls “theft” of talent.

The new policy on health care workers applies to both those seeking to emigrate and those simply wanting to travel as tourists or to visit family overseas.The rules may not result in an immediate, massive exodus of medical workers to Miami. Most would not be able to travel there without a U.S. visa, although some who enjoy dual Spanish citizenship could get around that requirement.”They told us they did a study and found that a high percentage of doctors who go abroad (on missions or for conferences) return to the country, so they don’t have a reason to restrict medical personnel,” the doctor said.According to government statistics, the island had 265,000 health care workers last year, including 78,000 doctors. – YahooNews