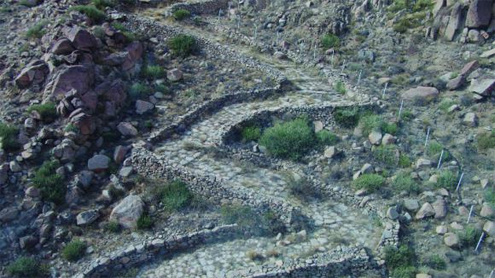 RIYADH: The Shoura Council yesterday approved the draft scheme for professional engineers and also agreed to work on a program to attract more foreign tourists by portraying the Kingdom’s places of touristic interest, archeological sites and monuments.

The council’s Sunday session, which was chaired by Deputy Speaker Muhammed Amin Jaafri, also suggested ways to improve the storage facility of food commodities of the Grain Silos and Flour Mills Organization.The Shoura Council Assistant Speaker Fahd bin Mutad Al-Hamad explained that under the draft law, engineers will be allowed to practice in the Kingdom only if they get a business license from the Saudi Council of Engineers. He added that the Saudi Council of Engineers would give a license to those who have professional certificates either from the King Saud University (KSU) or any other recognized institutions.

Al-Hamad pointed out that in light of the major infrastructural developments that are going to take place throughout the Kingdom, the role of engineers and architects will become more significant to the private and public sectors.The council also suggested having a proper storage facility for wheat, rice, sugar, barley, maize and soybean in the Grain Silos and Flour Mills Organization.

The council agreed to form a committee under the supervision of the Saudi Commission for Tourism and Antiquities (SCTA) with the help of other government organizations to boost the Kingdom’s tourism industry. Such a committee, he said, would also harness the other available potentials in rural areas to attract foreign tourists and to maintain a balance in the development process.

The SCTA, headed by Prince Sultan bin Salman, is the stimulating center for tourism that works in close partnership with various stakeholders to achieve the vision and mission of tourism in the Kingdom as a leading supporter in the creation of sustainable tourism development in accordance with Islamic principles and cultural and ecological realities of the Kingdom.

The Saudi Council of Ministers issued Resolution No. (9) on 12/1/1421H (16/04/2000) to establish the Supreme Commission for Tourism (SCT). The resolution came to emphasize tourism activity as one of the productive sectors in catering to Saudi tourists within the country while at the same time increasing opportunities for investment, development of human resources and expansion and creation of new job opportunities for Saudi citizens.

Subsequently, in view of the importance of the Antiquities and Museums, another resolution by the Council of Ministers No. (78) dated 16/3/1429H (24/3/2008) was issued to integrate the Antiquities and Museums sector into the Supreme Commission for Tourism. With this, the SCT became a body responsible for the implementation of their related tasks in addition to being responsible for tourism.

According to the resolution, the name ‘Supreme Commission for Tourism’ (SCT) was changed to ‘Saudi Commission for Tourism and Antiquities’ (SCTA), with the confirmation that domestic tourism is a reality that requires the formation of a national authority responsible for its planning and development owing to the distinct components of tourism in the Kingdom. – ArabNews