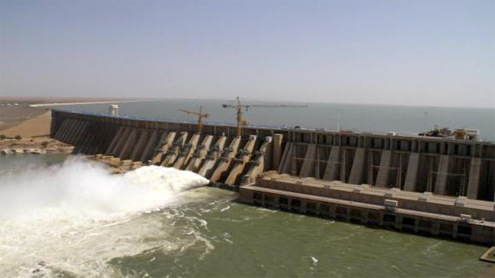 Sudan: A torrent of water surged yesterday into Sudan’s Blue Nile river at the launch of the expanded Roseires dam.

Officials said the dam would help develop ne of the country’s poorest regions where insurgents are fighting the government.A strategically-important structure, the 66-year-old dam is already a major power generator for a Sudan struggling with economic crisis since South Sudan separated last year with most of the country’s oil production.It is located on the Blue Nile near Ethiopia and the expansion has cost $ 460-million.

He said millions of feddans (acres or hectares) of land will be irrigated or provided with additional water because of the project.The dam’s capacity has risen to 7.4 billion cubic meters.Sudan has been aggressively trying to tap its abundant Nile waters for power generation and agricultural development.

In 2009 it opened the $ 2-billion Merowe dam north of Khartoum and is also building the connected Atbara and Seteet hydroelectric projects in Gedaref and Kassala states.The government sees agriculture as one way of trying to boost revenue after the separation of South Sudan, following a 23-year civil war, deprived the north of most of its export earnings and precipitated an economic crisis with soaring inflation and a sinking currency. – ArabNews