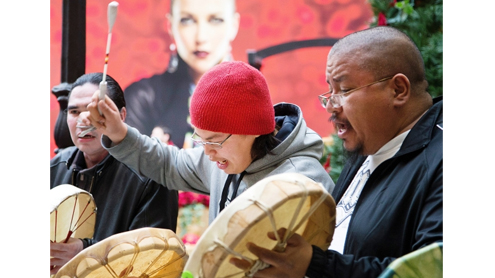 BELLEVILLE, Ont: The main rail line between Toronto and Montreal has been blocked by protesters.

CN Rail spokesman Jim Feeny says the rail line has been blocked for a couple of hours just east of Belleville, Ont., and a number of passenger and freight trains have been held up.He says it’s believed the protesters are part of the Idle No More movement and rail officials and police are trying to determine their intentions.

The Idle movement has staged other protests today in support of Northern Ontario First Nations Chief Theresa Spence.She is staging a hunger strike to back her demand for a meeting with Prime Minister Stephen Harper.Via Rail has issued a statement saying roughly 2,000 passengers on trains to and from Ottawa, Toronto and Montreal are affected. – VS