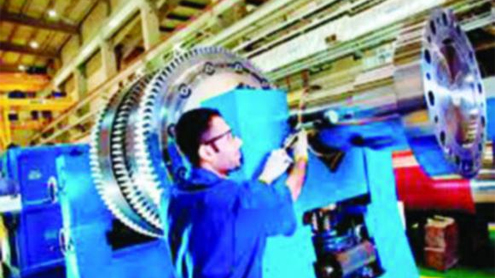 Over the next five years, 20th-century manufacturing advocates like the United States, Germany and Japan will be challenged to maintain their competitive edge to emerging nations, such as China, India and Brazil, according to the 2013 Global Manufacturing Competitiveness Index report from Deloitte’s Manufacturing Industry group and the US Council on Competitiveness.

“We are pleased to see Middle Eastern countries on the Global Manufacturing Competitive Index, affirming the region’s forecasted growth as an emerging economy. Saudi Arabia, Egypt and the UAE are expected to move up in ranking five years from now,” said Bakr Abulkhair, chairman and managing partner at Deloitte & Touche Bakr Abulkhair & Co., Saudi Arabia. “The identified key dividers between established and emerging manufacturing markets, in the Deloitte report should provide insights to Middle East countries and manufacturers to assist them in bridging gaps with developed manufacturing markets and building capabilities and economic and political infrastructures to drive growth and job creation in our region,” he added.

The report reveals several divisions in competitiveness between established manufacturing players and their emerging counterparts, most notably:Traditional manufacturing stalwarts are perceived to have an advantage with respect to talent-driven innovation. More than 85 percent of global executives “strongly agree” or “agree” that the availability of quality skilled talent needed for advanced manufacturing in the United States, Germany and Japan makes those nations highly competitive — while just 58 percent say the same about China and 40 percent say it about India.

More than seven in 10 global business leaders “strongly agree” or “agree” that Germany and the United States have an extreme competitiveness advantage based on this criterion, but only 43 percent say the same about India.Superior health care systems will likely give established manufacturing nations a distinct advantage over emerging players, thanks to their access to quality care and regulatory policies for public health. More than seven in 10 business leaders believe that the healthcare systems in the United States, Germany and Japan make them extremely competitive, but no more than three in 10 say that about China, India and Brazil.

When looking at labor costs and availability, stalwart manufacturing nations find themselves squarely on the defensive. Almost nine in 10 global executive believe China and India are extremely competitive with respect to the local cost and availability of labor, but fewer than four in 10 believe the same about the United States, Germany and Japan.
The newest of the emerging superpowers have a long way to go when it comes to supplier networks. Five in 10 executives or fewer “strongly agree” or “agree” that India and Brazil are extremely competitive relative to their supply networks, compared to the eight in 10 or more who say the same thing about the United States, Germany and Japan.

Newer manufacturing players face an uphill battle when it comes to physical infrastructure competitiveness. Fewer than a quarter of business executives “strongly agree” or “agree” that India’s infrastructure makes it extremely competitive, but almost nine in 10 say the United States, Germany and Japan have a strong infrastructure advantage.“The emerging superpowers in manufacturing will focus on building the advanced manufacturing capabilities and economic and political infrastructures that drive rapid growth and high value jobs for their citizens, forcing 20th century manufacturing powerhouses to fend off the growing strength of more focused global competitors,” said Craig Giffi, vice chairman, Deloitte United States (Deloitte LLP) and consumer and industrial products industry leader, who co-authored the report and led the research-team.

Welcome to Britain’s most expensive street

Welcome to Britain's most expensive street