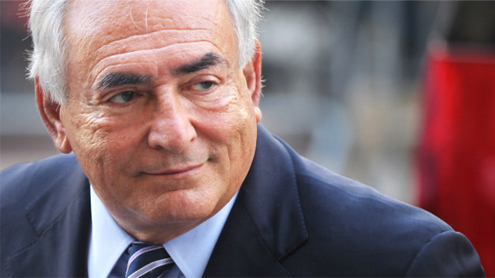 Paris: A court in France has rejected a bid by lawyers to have charges against Dominique Strauss-Kahn dropped over his alleged participation in a prostitution ring, a court official said.

The decision of the court in Douai that the investigation — in what is known in France as the “Carlton affair” — will continue follows a string of criminal cases in which the former chief of the International Monetary Fund had managed to put sexual misconduct claims behind him.A lawyer for Strauss-Kahn, Henri Leclerc, told CNN that the defense planned to appeal the court’s decision.The scandals sidelined the onetime French finance minister’s prospects of becoming France’s next president.Strauss-Kahn does not deny that he attended sex parties at the Hotel Carlton in the northern city of Lille. But, his lawyers said, he did not know that the young women at the parties were being paid for sex.

So, to charge Strauss-Kahn with aggravated pimping is “unhealthy, sensationalist and not without a political agenda,” his lawyers argued.But on Wednesday, a court in Douai ruled the charges will stand, said Guillaume Maigret, general secretary of the court.Frederique Baulieu, a lawyer for Strauss-Kahn, told CNN affiliate BFM-TV outside the court that the defense’s request for annulment of the case had been well founded.

“We will continue — we are certain that Dominique Strauss-Kahn will be cleared of all of the accusations that were made against him,” she said. “The one thing I can tell you is that today’s decision is not a judicial victory.”Strauss-Khan, a 63-year-old economist, was widely expected to become the Socialist presidential candidate — until his professional career imploded with an arrest in New York in May 2011. A New York hotel housekeeper, Nafissatou Diallo, told police that a naked Strauss-Kahn emerged from a room of his spacious luxury hotel suite and tried to force himself on her, at one point dragging her into the bathroom and trying to remove her underwear.

Strauss-Kahn alleged the encounter was consensual, but stepped down from his $500,000 job at the IMF.A grand jury indicted him on seven counts, including sexual abuse and attempted rape, but prosecutors later dropped the charges after concluding Diallo had lied about some details of the alleged attack — despite forensic evidence that showed a sexual encounter had occurred.Diallo then sued Strauss-Kahn. The two sides reached a settlement last week, the details of which have not been disclosed.Earlier, in October, a French prosecutor dropped an investigation connecting Strauss-Kahn to a possible gang rape in Washington.

The young Belgian woman whose testimony was the basis for the inquiry withdrew her previous statement and said she would not press charges, leaving the investigation with no grounds to continue, officials said.Strauss-Kahn also faced allegations of attempted rape from a young French writer.Tristane Banon filed a complaint, alleging a 2003 attack. But prosecutors said the case could not be pursued because of a statute of limitations.Strauss-Kahn denied the allegations and has since filed a countersuit in France, alleging slander. – CNN