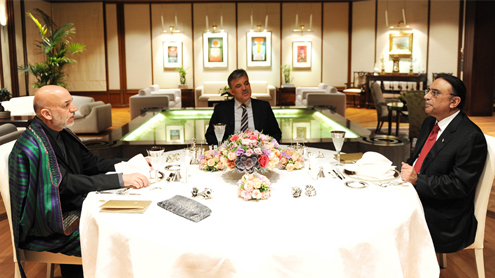 President Gul welcomed his Pakistani and Afghan counterparts for attending the 7th Trilateral Summit, which is aimed at bringing peace, stability and development in the region.The three presidents expressed confidence that the summit to be held Wednesday with the important theme of “connectivity” would prove a milestone in strengthening political, security and development cooperation among the three countries. – APP