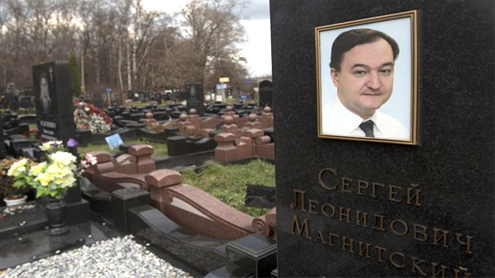 The US Congress has passed a bill to normalise trade with Russia, but which will also penalise Russian officials linked to human rights violations.

The legislation passed by large majorities in the House and Senate.Under the bill, US would withhold visas and freeze financial assets of Russian officials thought to have been involved with human rights violations.In a statement, the Russian foreign ministry called the law “a performance in the theatre of the absurd”.Alexei Pushkov, the head of the lower house of parliament’s international affairs committee, told news agency Itar-Tass that Moscow could pass a “corresponding law”.

The bill will now go to President Barack Obama to sign.He welcomed the law, saying in a statement: “The legislation will ensure that American businesses and workers are able to take full advantage of the WTO rules and market access commitments that the United States worked so hard to negotiate.”We are also one step closer to realising job-creating export opportunities and leveling the playing field for American workers, farmers, ranchers, and service providers.”

The trade measure eliminates a long-obsolete 1974 provision, called the Jackson-Vanik Amendment, that tied trade relations with the former Soviet Union to the emigration of Jews and other Soviet minorities.Russia joined the World Trade Organization (WTO) in August, and must open its market and reduce tariffs under the terms of its membership.With the old trade restrictions in place, the US was the only WTO member that could not take advantage of Russia’s market reform.

However, lingering congressional anger about human rights abuses and anti-American policies helped attach the Magnitsky Act to the larger trade bill.”Jackson-Vanik served its purpose with respect to Russia and should be revoked, but in its place we should respond to Russia’s continued corruption and human rights violations,” said Senator Orrin Hatch, a Republican.The measure is named for Russian lawyer and whistleblower, Sergei Magnitsky, who died in a Russian prison three years ago after allegedly being tortured.Under the Magnitsky sanctions, the US must release a list of Russian officials thought to have been involved with human rights violations, and deny them visas and freeze their assets.Senator Carl Levin, a Democrat, who voted against the bill, said he did so because the Magnitsky sanctions, as written by the House, apply only to Russia.

The original Senate proposal would have made the sanctions applicable worldwide.”Why would we deny visas only to Russian human rights violators?” he said in a statement. “Why diminish the universality of the values the Magnitsky bill seeks to uphold?”Last week, Russian Prime Minister Dmitry Medvedev warned that approval of the Magnitsky provisions would trigger both a “symmetrical and asymmetrical reaction” from his country.He added that Russia “absolutely disliked” its link to the trade bill, and said: “It’s inadmissible when one country tries to dictate its will to another.” – BBC