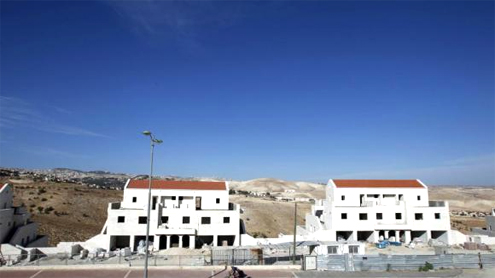 JERUSALEM: A defiant Israel rejected a wave of American and European condemnations Monday over plans to build thousands of new homes in West Bank settlements, vowing to press forward with the construction in the face of widespread international opposition.

The announcement from Prime Minister Benjamin Netanyahu’s office was likely to deepen a rift that has emerged between Israel and some of its closest allies following the UN’s recognition of a Palestinian state last week. The UN decision appears to be fueling a tougher international line against Israeli settlements in the West Bank and east Jerusalem.Israeli ambassadors were summoned for consultations in five European capitals, and European officials warned of other potential measures against Israel. In Washington, the US said the Israeli actions were “especially damaging” to peace prospects.

Italian Premier Mario Monti and French President Francois Hollande issued a joint statement saying they were “deeply worried” by Israel’s settlement plans. The two men, meeting in Lyon, France, called the Israeli decisions “serious and illegal” and a “serious obstacle” to Mideast peace.Netanyahu, however, showed no signs of bending. His office said Israel would continue to stand up for its interests “even in the face of international pressure, and there will be no change in the decision taken.”Europe could potentially play a strong role in any international action against the settlements. Europe is Israel’s largest trade partner, and Israel has a partnership with the EU giving its exports preferential status.

But divisions within Europe could make it difficult to take any concerted action. Germany, Europe’s largest economy, has a close relationship with Israel, and given its history as the perpetrator of the Holocaust, it is unlikely to take any strong action against the Jewish state.In last week’s decision, the United Nations General Assembly overwhelmingly recognized a Palestinian state in the West Bank, east Jerusalem and Gaza Strip, territories captured by Israel in the 1967 Mideast war.

Netanyahu rejects a return to the 1967 lines. His government also fears the Palestinians will use their upgraded status to join the UN’s International Criminal Court and pursue war crimes charges against Israel.But Israel was joined by only eight other countries in opposing the bid, which was seen as a resounding international rejection of Israeli settlements in occupied territories. In a slap to Israel, its closest European allies — Britain, Germany, Italy and France — all abstained or voted with the Palestinians.

Israel has angrily condemned the vote as an attempt by the Palestinians to bypass negotiations. In particular, Netanyahu’s government says it undermines any chance of negotiations over future border arrangements by endorsing the Palestinians’ territorial demands.The Israeli response to the UN decision was swift and strong. Just hours after Thursday’s vote, Israel announced plans to build 3,000 new homes in the West Bank and east Jerusalem. It also said it would begin plans to develop a sensitive part of the West Bank just outside of Jerusalem.

Although construction is likely years off at best, the mere intention to build in the area known as “E1” is potentially explosive because of its strategic location in the middle of the West Bank. Israel also said it was withholding a regularly scheduled tax transfer to the Palestinians and using the money to pay off Palestinian debts to Israeli utilities.After a flurry of angry European protests over the weekend, the Israeli ambassadors to Britain, France, Spain, Sweden and Denmark were all summoned by their hosts on Monday.

“I set out the depth of the UK’s concern about these decisions and I called on the Israeli government to reverse them. The settlements plan in particular has the potential to alter the situation on the ground on a scale that threatens the viability of a two-state solution,” said Alistair Burt, Britain’s minister for Mideast affairs.The United States also condemned the planned construction.

“The United States opposes all unilateral actions, including West Bank settlement activity and housing construction in East Jerusalem, as they complicate efforts to resume direct, bilateral negotiations, and risk prejudging the outcome of those negotiations,” State Department spokesman Mark Toner said.The fate of Jewish settlements is at the heart of the current four-year impasse in Mideast peacemaking. The Palestinians say continued settlement construction is a sign of bad faith, and they refuse to return to the negotiating table unless Israel stops the building. More than 500,000 Israelis now live in the West Bank and east Jerusalem.

Israeli officials say the Palestinians have negotiated with previous governments while settlement construction took place. They also note that even when Netanyahu imposed a 10-month partial freeze on construction in 2009 and 2010, there were no serious peace talks. Netanyahu says negotiations should begin immediately without any preconditions.
But last week’s UN vote appears to have marked a turning point. While the US and Europe have long opposed the settlements, their new condemnations used especially sharp language, and rarely are Israeli ambassadors publicly grilled.

Swedish Foreign Minister Carl Bildt told parliament that “together with other EU countries we will discuss other potential steps,” though he would not elaborate.British government officials said the EU would be looking to President Barack Obama for leadership on the matter, and that British diplomats were in touch with American counterparts in London.One EU official in Brussels said the matter will be high on the agenda of a meeting of European foreign ministers next Monday, and will also be discussed with US Secretary of State Hillary Rodham Clinton during a planned visit this week.

The British and EU officials all spoke on condition of anonymity because they were discussing internal deliberations, and no firm policy had been set.Silke Temple, a Mideast expert at the German think tank DGAP, said the European reaction was “indeed harsher” than in the past. She said Germany was likely to raise the issue of settlements with Netanyahu during a visit this week.“There certainly will be a message at this week’s consultations that it is not helpful. Constructing settlements just isn’t constructive,” she said.
Officials in Britain, France, Spain, Sweden and Denmark all said that no specific threats were made during Monday’s meetings.

Avi Primor, a former Israeli ambassador to Germany, said he didn’t think Israel had reached a “new era” in relations with Europe quite yet. But he said there is a “long-term process of public opinion gradually turning against Israel.”“Public opinion simply cannot understand the Israeli policy in occupied territories, the refusal to have a genuine peace process. Eventually, this lack of understanding will surely have an influence on governments,” he said.

The diplomatic process is likely to remain on hold in the coming weeks as Israel prepares for new parliamentary elections. According to opinion polls, Netanyahu is expected to win re-election as head of a hard-line coalition dominated by pro-settler politicians. Netanyahu’s tough public stance in recent days may be motivated, in part at least, at creating a strong image for Israeli voters.Palestinian officials have indicated they will wait until after the Israeli election on Jan. 22 before deciding how to proceed with their newfound diplomatic status at the UN Officials say they hope Obama will present a new formula for resuming peace talks after the Israeli vote.