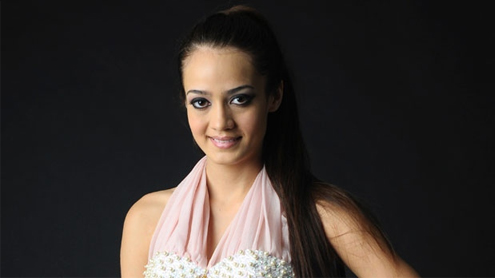 Mexico: A 20-year-old state beauty queen died in a gun battle between soldiers and the alleged gang of drug traffickers she was traveling with in a scene befitting the hit movie “Miss Bala,” or “Miss Bullet,” about Mexico’s not uncommon ties between narcos and beautiful pageant contestants.

The body of Maria Susana Flores Gamez was found Saturday lying near an assault rifle on a rural road in a mountainous area of the drug-plagued state of Sinaloa, the chief state prosecutor said Monday. It was unclear if she had used the weapon.”She was with the gang of criminals, but we cannot say whether she participated in the shootout,” state prosecutor Marco Antonio Higuera said. “That’s what we’re going to have to investigate.”

The slender, 5-foot-7-inch brunette was voted the 2012 Woman of Sinaloa in a beauty pageant in February. In June, the model competed with other seven contestants for the more prestigious state beauty contest, Our Beauty Sinaloa, but didn’t win. The Our Beauty state winners compete for the Miss Mexico title, whose holder represents the country in the international Miss Universe.Higuera said Flores Gamez was traveling in one of the vehicles that engaged soldiers in an hours-long chase and running gun battle on Saturday near her native city of Guamuchil in the state of Sinaloa, home to Mexico’s most powerful drug cartel. Higuera said two other members of the drug gang were killed and four were detained.

The shootout began when the gunmen opened fire on a Mexican army patrol. Soldiers gave chase and cornered the gang at a safe house in the town of Mocorito. The other men escaped, and the gunbattle continued along a nearby roadway, where the gang’s vehicles were eventually stopped. Six vehicles, drugs and weapons were seized following the confrontation.It was at least the third instance in which a beauty queen or pageant contestants have been linked to Mexico’s violent drug gangs, a theme so common it was the subject of a critically acclaimed 2011 movie.

In “Miss Bala,” Mexico’s official submission to the Best Foreign Language Film category of this year’s Academy Awards, a young woman competing for Miss Baja California becomes an unwilling participant in a drug-running ring, finally getting arrested for deeds she was forced into performing.In real life, former Miss Sinaloa Laura Zuniga was stripped of her 2008 crown in the Hispanoamerican Queen pageant after she was detained on suspicion of drug and weapons violations. She was later released without charges.

Zuniga was detained in western Mexico in late 2010 along with seven men, some of them suspected drug traffickers. Authorities found a large stash of weapons, ammunition and $53,300 with them inside a vehicle.In 2011, a Colombian former model and pageant contestant was detained along with Jose Jorge Balderas, an accused drug trafficker and suspect in the 2010 bar shooting of Salvador Cabanas, a former star for Paraguay’s national football team and Mexico’s Club America. She was also later released.

Higuera said Flores Gamez’s body has been turned over to relatives for burial.”This is a sad situation,” Higuera told a local radio station. She had been enrolled in media courses at a local university, and had been modeling and in pageants since at least 2009.Javier Valdez, the author of a 2009 book about narco ties to beauty pageants entitled “Miss Narco,” said “this is a recurrent story.””There is a relationship, sometimes pleasant and sometimes tragic, between organized crime and the beauty queens, the pageants, the beauty industry itself,” Valdez said.

“It is a question of privilege, power, money, but also a question of need,” said Valdez. “For a lot of these young women, it is easy to get involved with organized crime, in a country that doesn’t offer many opportunities for young people.”Sometimes drug traffickers seek out beauty queens, but sometimes the models themselves look for narco boyfriends, Valdez said.”I once wrote about a girl I knew of who was desperate to get a narco boyfriend,” he said. “She practically took out a classified ad saying ‘Looking for a Narco’.”

The stories seldom end well. In the best of cases, a beautiful woman with a tear-stained face is marched before the press in handcuffs. In the worst of cases, they simply disappear.”They are disposable objects, the lowest link in the chain of criminal organizations, the young men recruited as gunmen and the pretty young women who are tossed away in two or three years, or are turned into police or killed,” Valdez said. – Yahoonews

Just Explain It: What is the Strategic Petroleum Reserve?