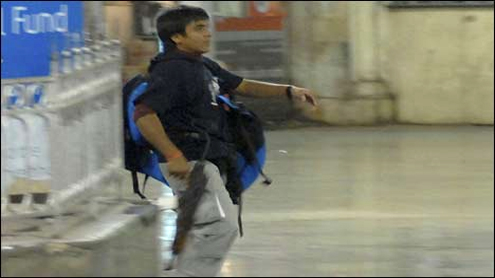 Reports have it that he was transferred to Pune’s Yerwada jail from Mumbai in a covert manner as Indian government did not want to draw too much hype to this high-profile hanging.The executioner put the noose around Kasab’s neck and pulled the lever at 7:30 AM Indian Standard Time. The doctors declared him dead soon after the hanging, said media.

He was shifted to Yerwada Cental Jail from Mumbai as it was the nearest prison equipped with gallows. Reports are also doing rounds in Indian media as to who executed Kasab for Yerwada jail did not have a dedicated public executioner.Government of India had code-named Kasab’s hanging as “Operation X”, reports added.Maharashtra Home Minister RR Patil in a press conference confirmed that Ajmal Kasab was hanged till death in Yerwada jail.

“Kasab’s hanging is a tribute to the martyrs of Mumbai attacks”, said he talking to newsmen at his residence.Moreover, Indian media also reported that Kasab’s body would not be handed over to Pakistan.Kasab neither left a will behind nor did he have a last wish to make before his hanging, reports added.Earlier on Tuesday, the President of India Pranab Mukherjee had rejected the mercy petition filed by Ajmal Kasab.

He was sentenced to death for his involvement in the November 26, 2008 terror attack on Mumbai in which 166 people including foreigners were killed.Earlier in October, the Indian Home Ministry had rejected the mercy plea of Kasab. The ministry had sent its recommendation to President Pranab Mukherjee.Reportedly, he was kept in a bomb-proof and an egg-shaped cell at the maximum security Arthur Road Jail in Mumbai, from where the
Indian government Kasab secretly shifted him to Pune’s Yerwada Central Jail.The Indian Supreme Court upheld Kasab’s conviction and death sentence in August this year.Kasab was the only terrorist captured alive after the attacks in Mumbai that began on November 26, 2008. – Thenews